If Berlin is a playground for adults, then we should all be licking alcoholic popsicles.

Skadi is a group of young Berliners with an idea so simple, you wonder why it’s not in Späti freezers all over Berlin: frozen cocktails. Throw those Ben and Jerry’s, Bum Bums and Noggers to melt in the street – these 10% alcoholic popsicles need that space.

With the sunstroke from the Berlin Heatwave 2018 starting to subside, we remember how lucky we were to have had a freezer-full of these alco-Eis treats to keep our heads cool and our brains sedate during that simmering heat.

Because how else can you enjoy an ice-cool Moscow Mule and a Sex on the Beach on a Boxi Park bench without being singled out as the core source and proponent of the Kiez’s creeping gentrification? 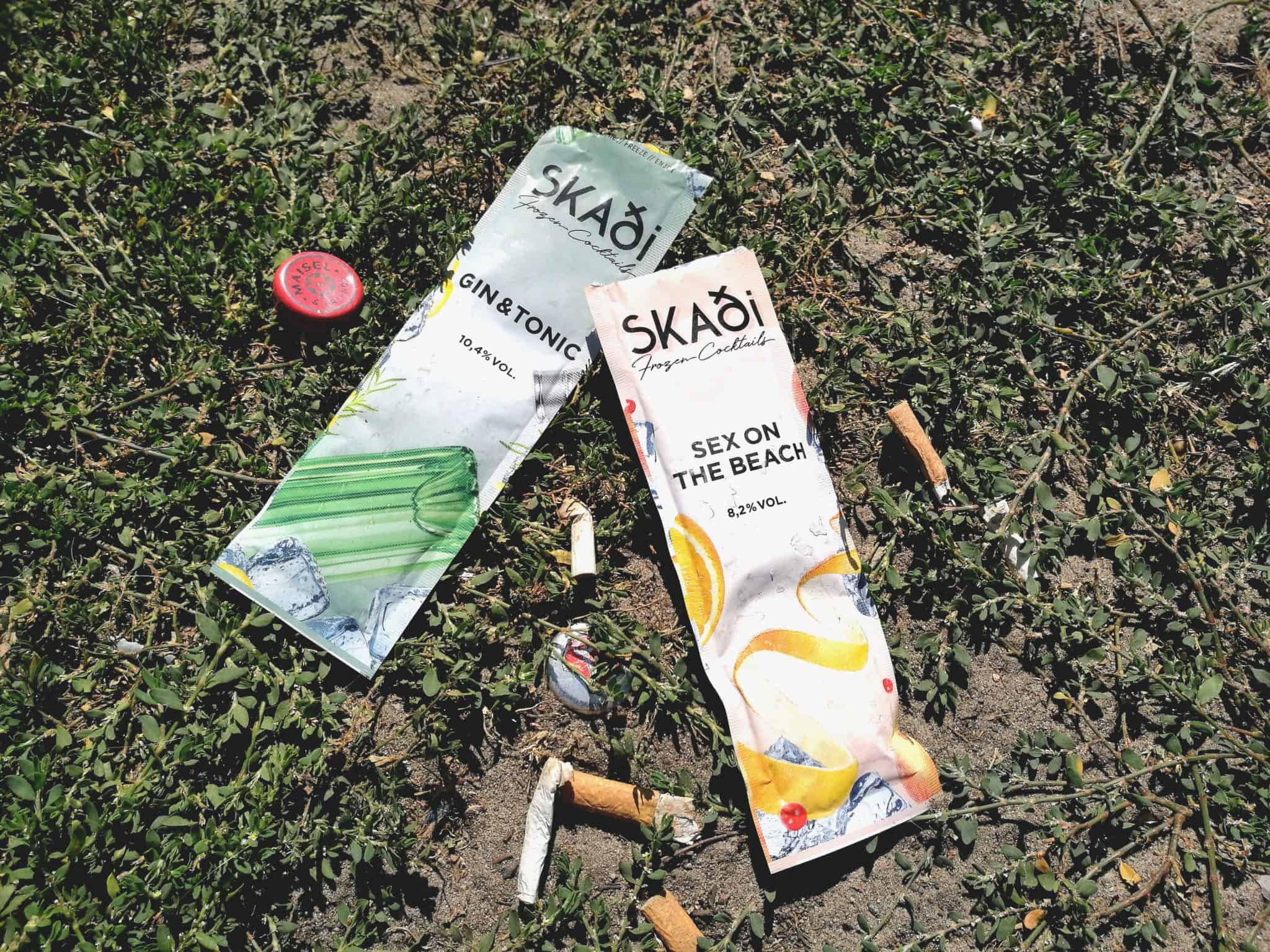 And trips on public transport were more sweat-inducing than reading the 1000s of Free Advice Berlin questions about ‘Why doesn’t the BVG have air conditioning?’ and ‘Why don’t Berliners use antiperspirant?’. And those paper fans people were using: they did nothing. What worked was having an ice-cold Skadi close to your chest, the seeping numbness of alcohol and the thrill of clandestine drinking. 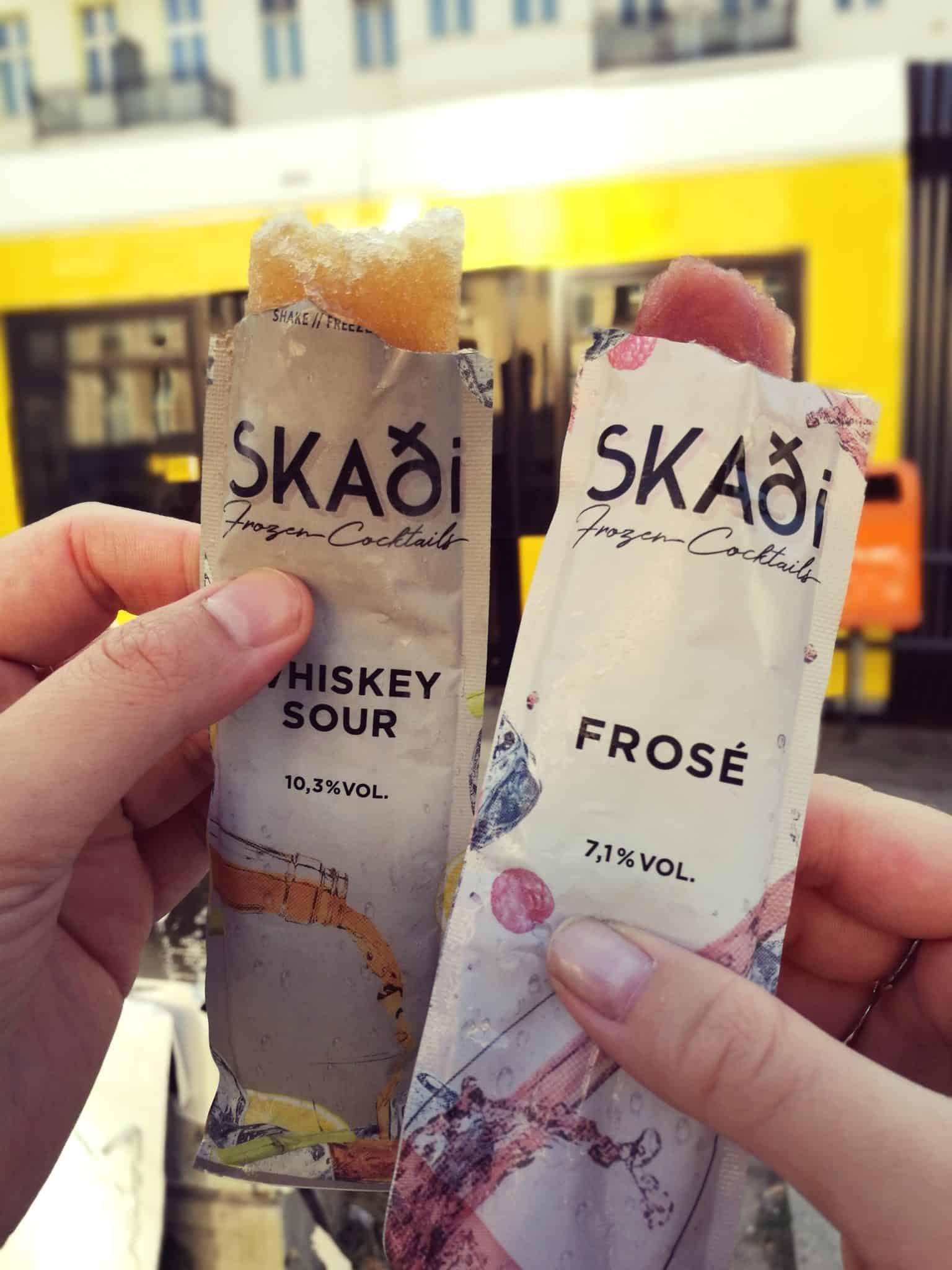 A Berlin product for a Berlin lifestyle.

The Skadi guys are dreamers: all Berliners, who spent the past ten-or-so years sipping cocktails in their kitchens, hunting for the perfect frozen recipe. “As you know, alcohol doesn’t freeze,” co-founder Luca Ohl tells us, which led to the ultimate quandary. How the fuck could they master this dream–if it meant going beyond the bounds of science itself?

That’s where food scientist and good friend Yassin Ahmane came in, elbowing his cocktail-hungry pals to the side and Breaking Bad-ing his way to what is now Skadi. Of course, flavour was, and is, key–leading them to weekly meetings to taste, to scrunch their noses in distaste when they made a misstep, improve upon the recipes and, mainly, just enjoy great drinks with their friends.

Many years on, they’ve perfected a handful of cocktail recipes: Sex on the Beach, Gin & Tonic, Whisky Sour, Frosé with rosé wine, peach and raspberry and their Berlin Mule made in cooperation with Our/Berlin vodka. Their emphasis has always been on using top-quality and natural ingredients – including high-end spirits – and without preservatives. All you need to do is give them a shake, put them in your freezer and wait.

So far, Skadi has been mainly available at music festivals, travelling up and down the country and around Europe this summer dispensing their little packets of Berlin Cool to burnt-out revellers. 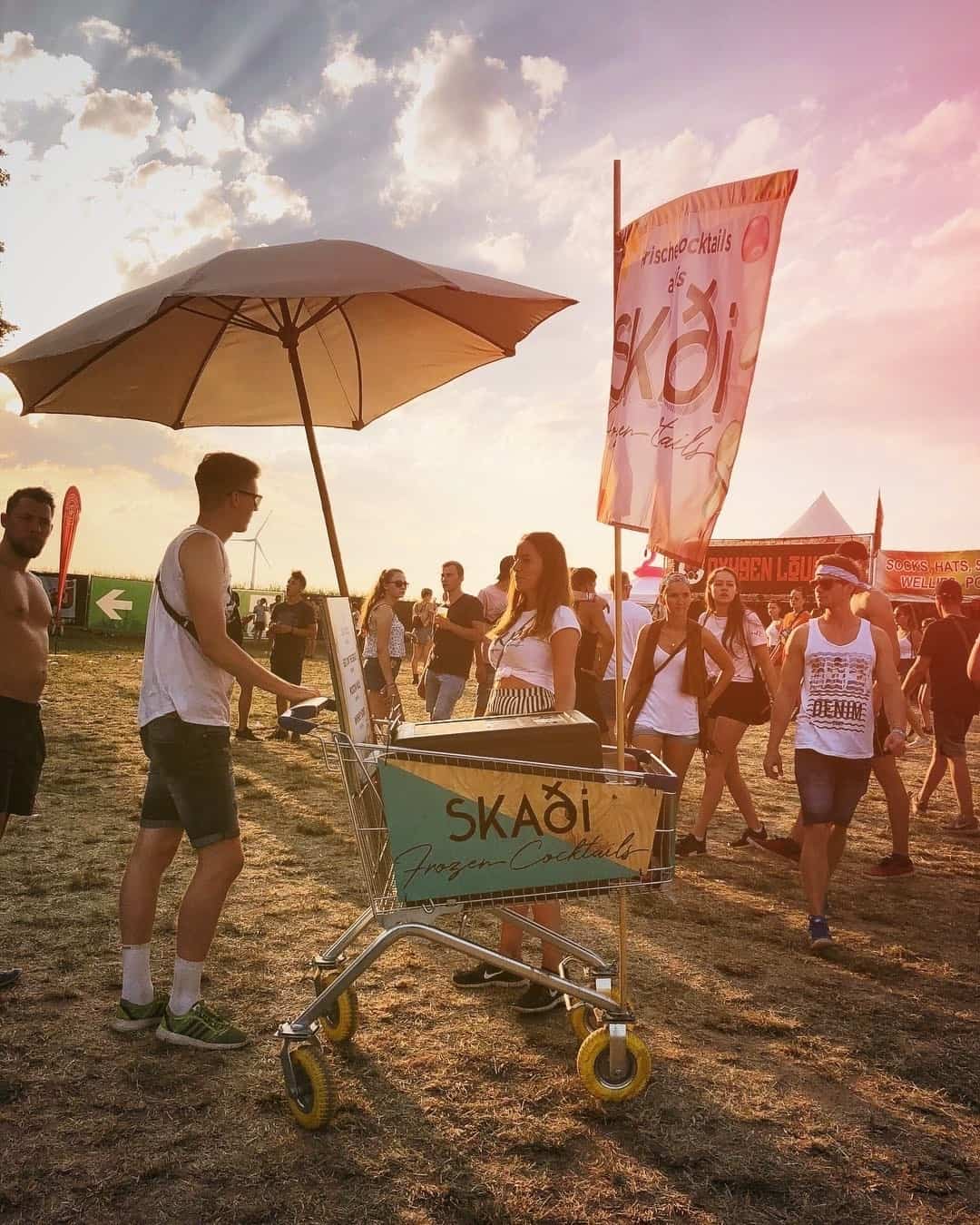 They told us about the “Skadi Effect”, the look on people’s faces when they take a bite for the first time and go: “Wow. This is actually really good.” and then buy another. It’s a known condition that deserves its own Wikipedia page.

Order yours before the sun goes down for another six months.

Until all Spätis heed my advice, Skadis are available online in lovely gift boxes. Or, alternatively, catch them at your favourite music festivals. 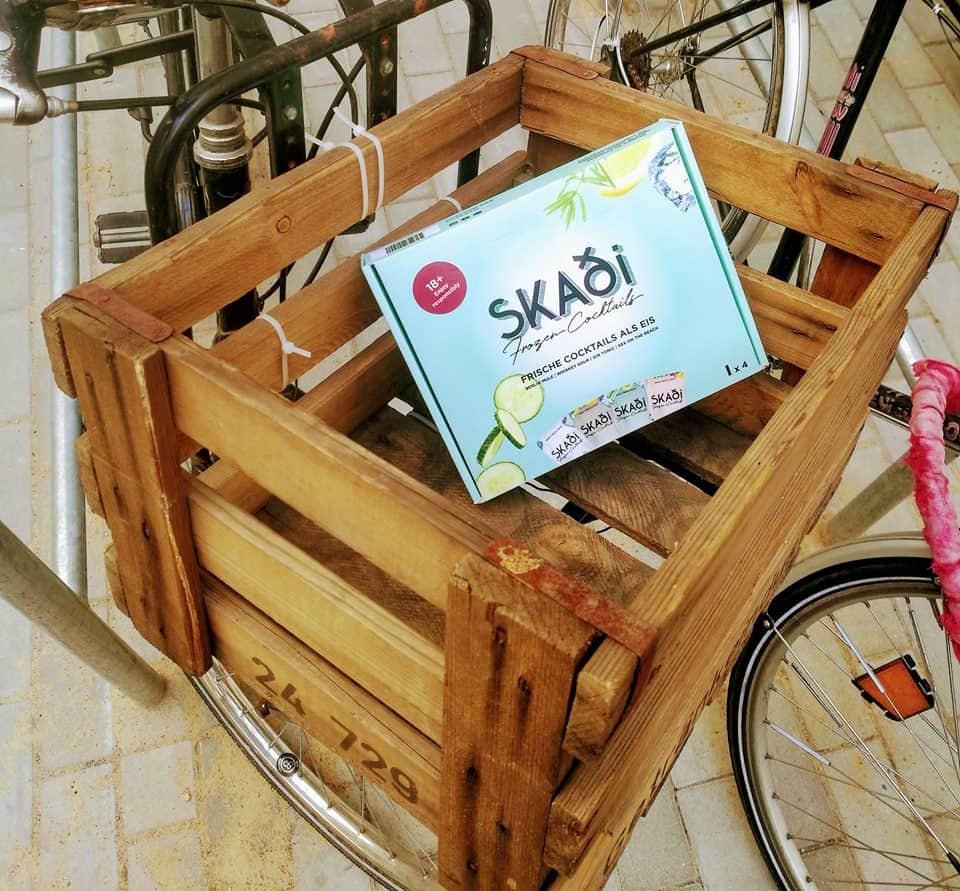 Find out more about Skadi here.