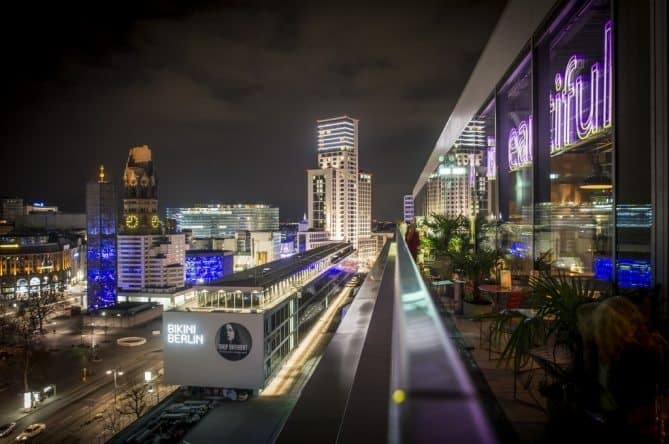 The building which houses hotel-maverick-charlatans 25hours Hotel’s latest venture has somewhat of an iconic status in West Berlin.

Built in the fifties by architects Paul Schwebes and Hans Schoszberger, the idea was to create an architectural expression of a new attitude towards life marked by dynamism, freedom, lifestyle and consumerism. The ‘Bikinihaus’ was described as ‘a string of pearls…an ensemble of buildings whose aim it was to create a space for people that was a visible transition between nature and culture’.

Of course lots of post-war architects mugged us off with that sort of highfalutin malarkey, resulting in some of the most horrific brutalist monstrosities masquerading as buildings ever to scar our cities. Berlin is sadly a prime example of this: Streets and streets of concrete gulags known as ‘pre-fabs’, admittedly built partly out of necessity due to the fact that post-WW2 Berlin was less a city and more an ocean of rubble, but also as a vanity project for architects who in their high concept utopian ideological designs sort of forgot some of the basic principles of dwelling-building such as ‘would anybody actually want to live there’. Modernism eh? 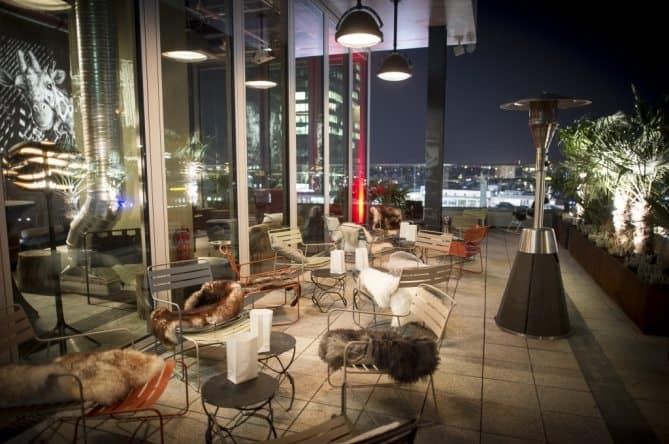 Rant over. Fortunately Bikini Berlin is pretty damn cool. Whilst the modernist façade may not be to everybody’s taste, it is certainly striking, and while I cannot comment on the shopping centre part of Bikini Berlin, having seen only the 25hours Hotel collaboration, I can safely say that the fact that it boasts a roof terrace the size of a football field is reason enough for me to immolate myself in consumerist hell.

I was invited to the opening of the hotel, which positions itself as a kind of urban jungle retreat. It takes the phrase quite literally too – the interiors are smothered in foliage of various descriptions, occasionally giving the impression of a building abandoned by civilization, creepers growing through the brickwork, that sort of thing. The effect is impressive, and the carefully-constructed dereliction vibe is bolstered by the naked concrete pillars and exposed piping. 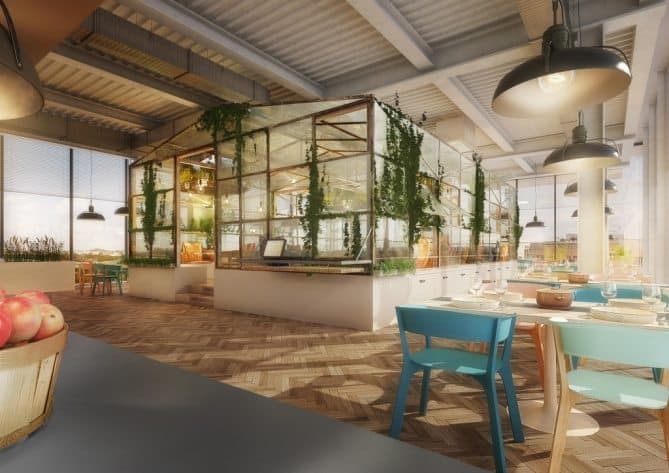 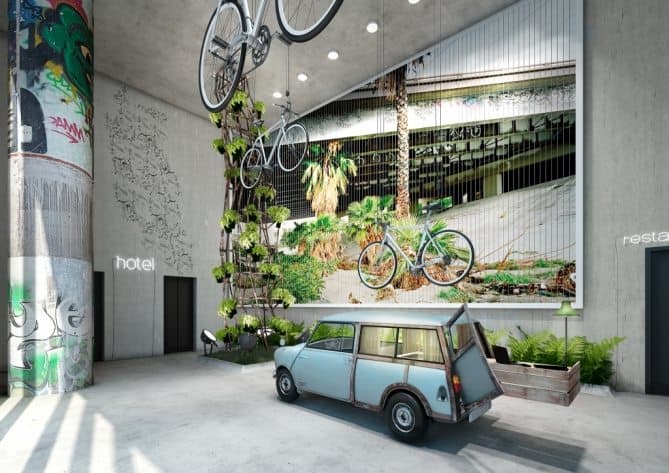 There is definitely a ‘we do it Berlin style’ atmosphere about the place, from the perma-DJ corner pumping out house music that sounds like fire alarms – I actually prepared to evacuate the first time that song played – to the dreadlocked doorwoman who told me I would need to ‘fetch my fucking accreditation’ when we first arrived.

Happily, things improved after that. Upon escaping the harpy at the gates we were ushered inside by a nice young man who offered to take our coats (I know that’s pretty much standard hotel policy but after the door fiasco we were pretty grateful). Then we were plied with bountiful mountains of delicious things: Sashimi salmon with spiced lentils, fresh salty oysters, some posh pitta wraps with godly slow-cooked eggs and somewhere in the middle of it all was a big French bloke hacking bits off of the carcass of a whole roasted lamb.

I’d like to really give a thorough examination and critique of the hotel, but they could hardly expect me to dissect the joint with surgical precision when they insisted on relentlessly thrusting flutes of Champagne and Moscow mules at me. I certainly _did not_ hover around the bar constantly challenging the barman to create ever more visionary cocktails out of his limited resources:

‘Can I have maybe a slice of cucumber in that G&T rather than the lemon wedge?’

‘Oh you mixologist maverick you – are you Dale DeGroff in disguise?’

The second part was in my head.

So my memory is somewhat fuzzy, but I can recall a nice communal (bronze?) fountain/sink thing for everybody to wash their hands in after visiting le pissor; a woman wearing a red sequined leotard with a bear’s head; a giant parrot; a wall of assorted speakers; a not-very-good mural (the only duff note in the interior design); a middle-aged woman who accosted me somewhere in one of the labyrinthine corridors demanding that I compliment her small rat/dog/useless mammal; some hammocks; a good-looking couple in their mid-thirties who I mistakenly thought were inviting me back to their room for, I dunno, a game of backgammon?; and a physical assault on my person by an American girl in a sauna. She gave me a balloon to make up for it though. 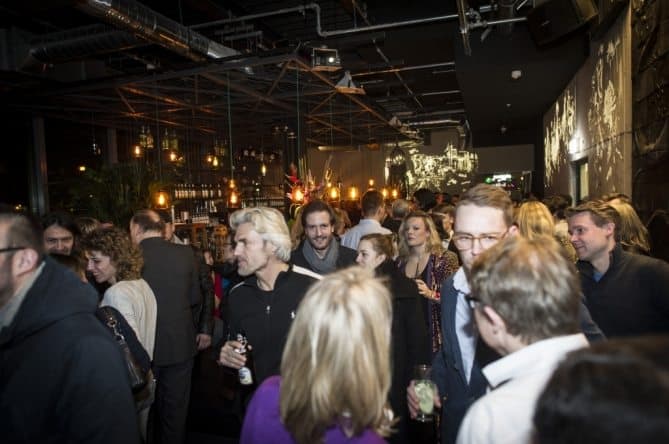 On reflection, this is probably not the assortment of visuals and experiences that you ought to expect on your stay in Bikini Berlin’s 25hours Hotel, but the place looked tip top and it’s got an indoor greenhouse and a sauna with a bloody great view. I’d stay there for sure, but then I am uncouth, impoverished and consider Travelodge the last word in luxury accommodation so why are you even reading this?

They also make their own butter. Just saying.

These two may or may not be there to greet you on your arrival. 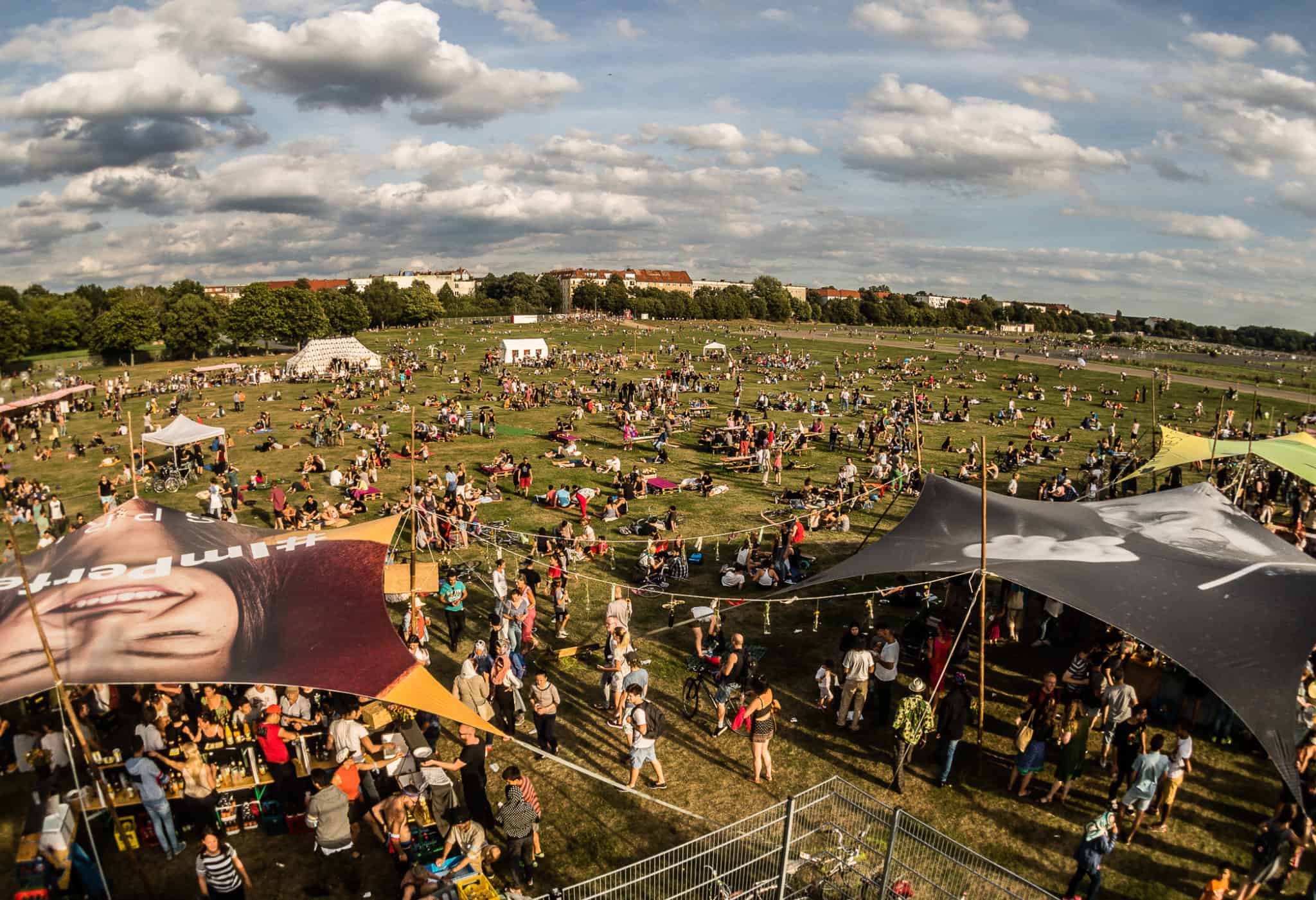 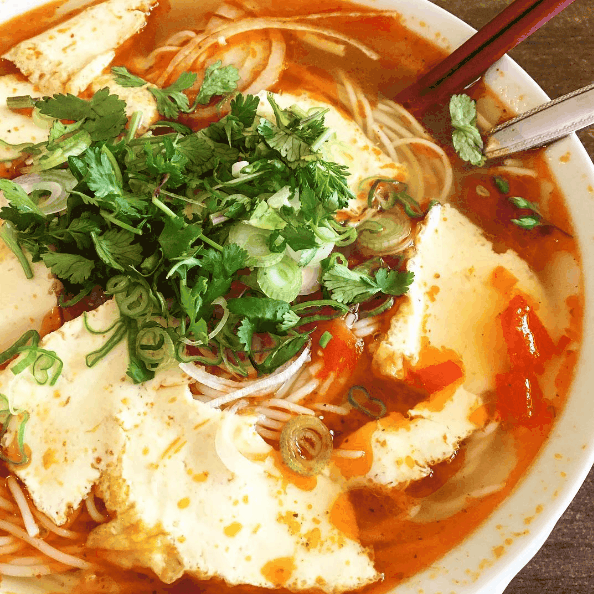 13 Deliciously Cheap Places to Eat in Berlin (Chosen by Us) 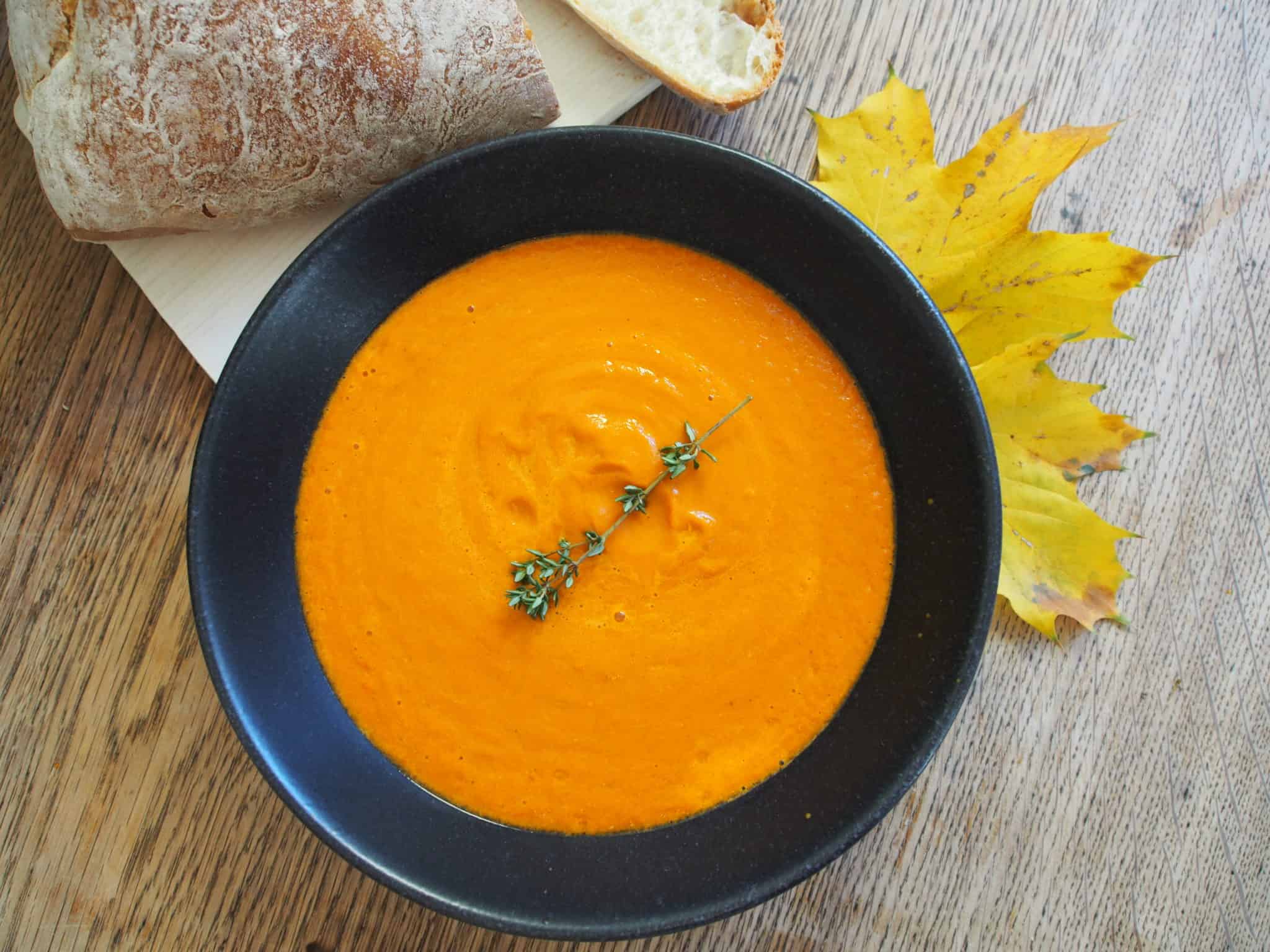 Souping is the Doping of the Office Winter Olympics 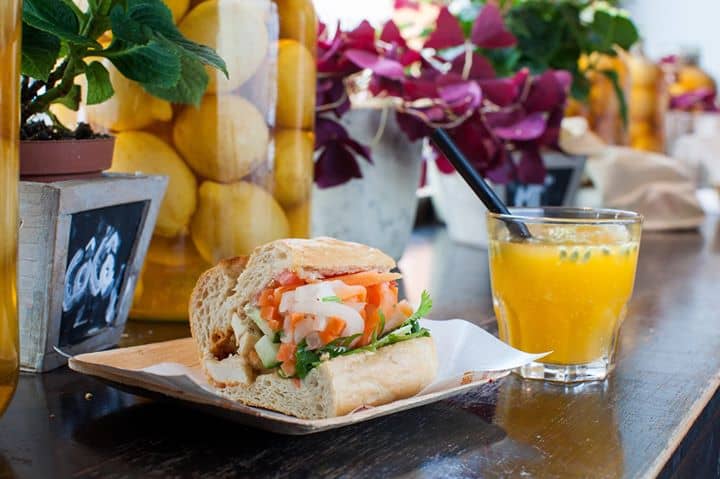 Think You Know Every Good Eatery in Your Area? BiteMojo Begs to Differ