I mean good bands, ones that actually sound as good as bands from other parts of the world. OK, I’m backing myself into a corner here. Look, Tropical Fuck Storm are a great Australian band. There’s something totally thrilling about hearing singer Garth Liddard spit his garbled lyrics over their country-psych wash of noise, and yes, this is the kind of thing that qualifies them as a great band in my book.

Emerging from the ashes of The Drones (yes, they’re good too), TFS have made a significant impact on the music scene, arguably improving on The Drones’ sound. Maybe the change of name has revitalised Garth Liddard and Fiona Kitschin, because TFS are making more of an impact in Europe than The Drones ever did.

After a successful tour of Europe earlier this year, TFS are back to show the people what their second album’s all about. It’s called ‘Braindrops‘ and it’s out on August 23rd 2019.

Berlin Loves You were lucky enough to get the chance to fire a few questions off to motormouth band leader Garth Liddard at his home in rural Australia, quizzing him on Australians in Europe, life on the road and the new album. He certainly gives good chat.

– Manchester legends The Fall have a song called ‘Australians in Europe’ – any guesses as to the meaning?

I’ve never heard it. I’m going to assume it’s over 20 years old and written in the time when English people still had a superiority complex when it came to anyone not English, except Jamaicans because to them Jamaicans typified a people without rods up their arses. I grew up in England, by the way. In London, before I moved to Australia. so I know what I’m talking about.

But, he was English over twenty years ago, so as big as an English punk rebel as he was, he had an obligation to be disparaging. Which isn’t very rebellious. Big, old countries don’t breed cultural rebels very well. Just people who appear to be rebels on the surface.

– The song contains the lyric ‘Their cover versions are naff and they live in Berlin’ – are your cover versions naff? There does seem to be a lot of Australians in Berlin – any comment on these statements?

Haha – the cover version thing is silly. What does that even mean? I don’t know.

I do understand the Australians in Berlin thing in a way Mark would not. Meaning, he was mates with Nick Cave and Nick’s two bands shat all over The Fall. But now there are lots of lost, broke, junkie Australian musicians in Berlin pretending to be Nick and Iggy and Bowie. It’s a bit sad considering it’s such an electro town – they should move to Spain and get a tan.

– What typifies an Australian in Europe for you?

Asking what typifies an A.I.E. is like asking what typifies a German In Australia. a G.I.A. …the answer to the latter is someone who constantly gets killed by sharks, crocodiles and strong ocean currents because they don’t heed the signs that warn against such hazards because they’re all stupid. But that’s a generalisation, right? Right. So it’s lazy and wrong.

– How did the last tour of Europe go? Any stories?

Nah just lots of touring. It went really great though – bad tours are the ones with the most stories.

– What do you remember about the Berlin show at Privatclub?

I remember that they needed better air conditioning or some oxygen tanks.

Every now and then we play a show, as all energetic bands do, where you feel the oxygen in the room running low. No matter what your brain commands, your muscles slowly stop doing it because they don’t have the fuel. Otherwise, it was a great show. Berlin is one of the best cities in the world. Seriously.

– TFS and The Drones have played in Berlin several times – what do you think of the city?

Berlin is one of the best cities in the world. Seriously.

The Drones lived there in 2006. We’ve been there a million times whether we’re playing there or not because it’s like a refuge in Europe. It’s so cheap and friendly and kind and central if you’re touring a lot. The history is wild too, obviously.

Einstürzende Neubauten are from there, and they’re one of the best rock and roll bands of all time.

– Would it be right in saying that Tropical Fuck Storm have attracted more attention in Europe than The Drones? What do you think are the reasons for this?

Yeah sure – it’s timing I think. TFS is a bit simpler, a bit groovier and the girls are great and they totally shit all over all the boys in other bands, which people find fun and interesting in lots of ways.

I think mainly that TFS is an extension of The Drones thing… philosophically speaking. I think people have finally caught up with that philosophy and that’s pretty normal when it comes to the arts, though. Artists get there first.

– How’s the new record sounding? How have the band dynamics altered?

It’s more of a band thing. I don’t know… I’m the wrong person to ask.

– You’re providing a live soundtrack to a screening of No Country For Old Men in Brisbane – are you recreating the soundtrack? Can you name another film you’d like Tropical Fuck Storm to soundtrack?

NCFOM doesn’t actually have a soundtrack – that’s why we can play over it. We made one up – we have a basic framework for what we’re playing, but it’s mainly a loose jam with a few key moves. It’s kind of like a Miles Davis approach.

We wrote it all on acid, which was surprisingly helpful. Everything sounds great on acid, which meant we didn’t feel like we had to overcook everything.

I can’t name another soundtrack I’d want to play. I don’t care. The best recent soundtrack is Mica Levi’s score for Under The Skin. That soundtrack rewrote the soundtrack book.

Thanks Garth! Catch Tropical Fuck Storm this November in Musik & Frieden. Get hold of your tickets here! 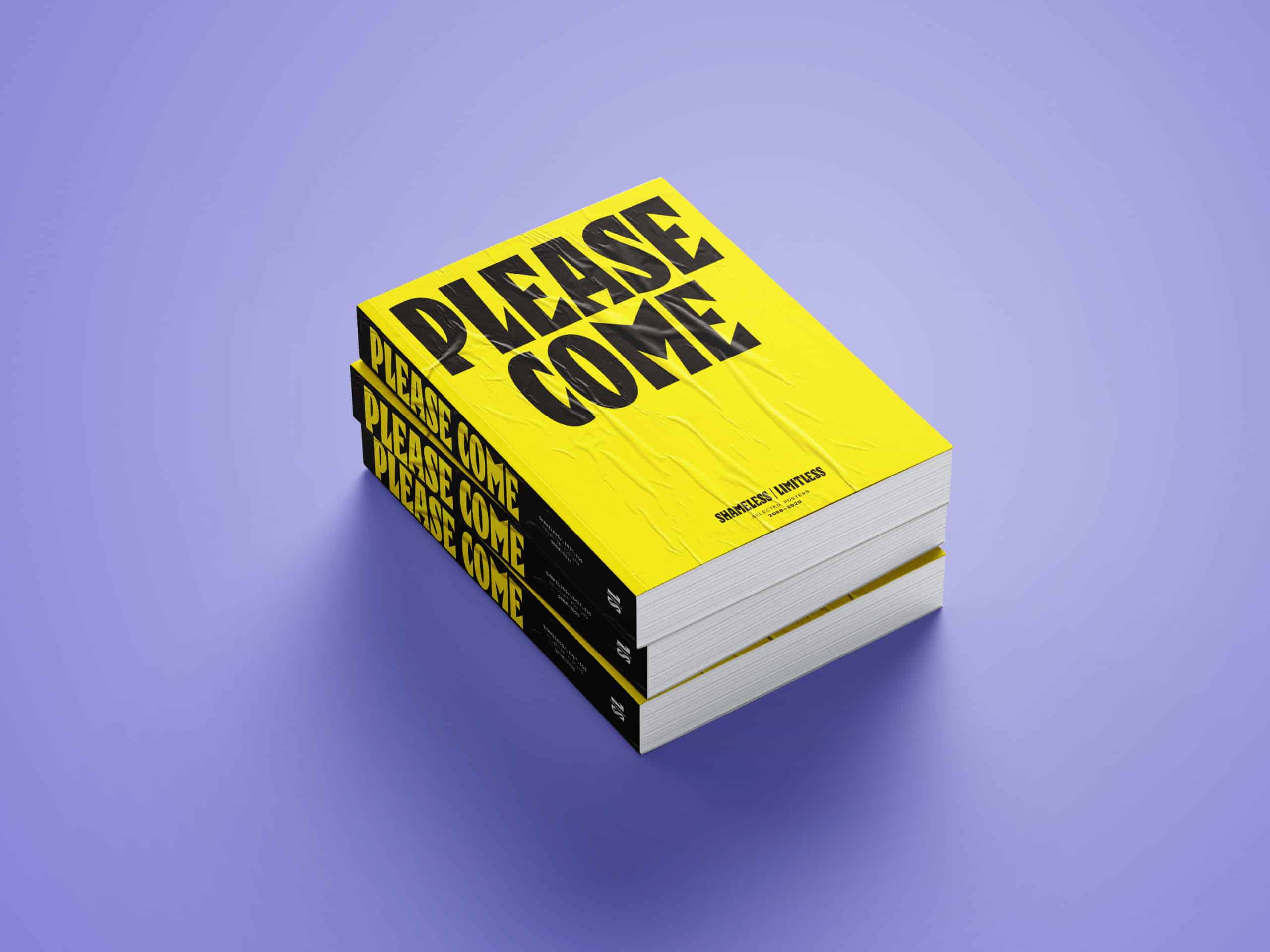 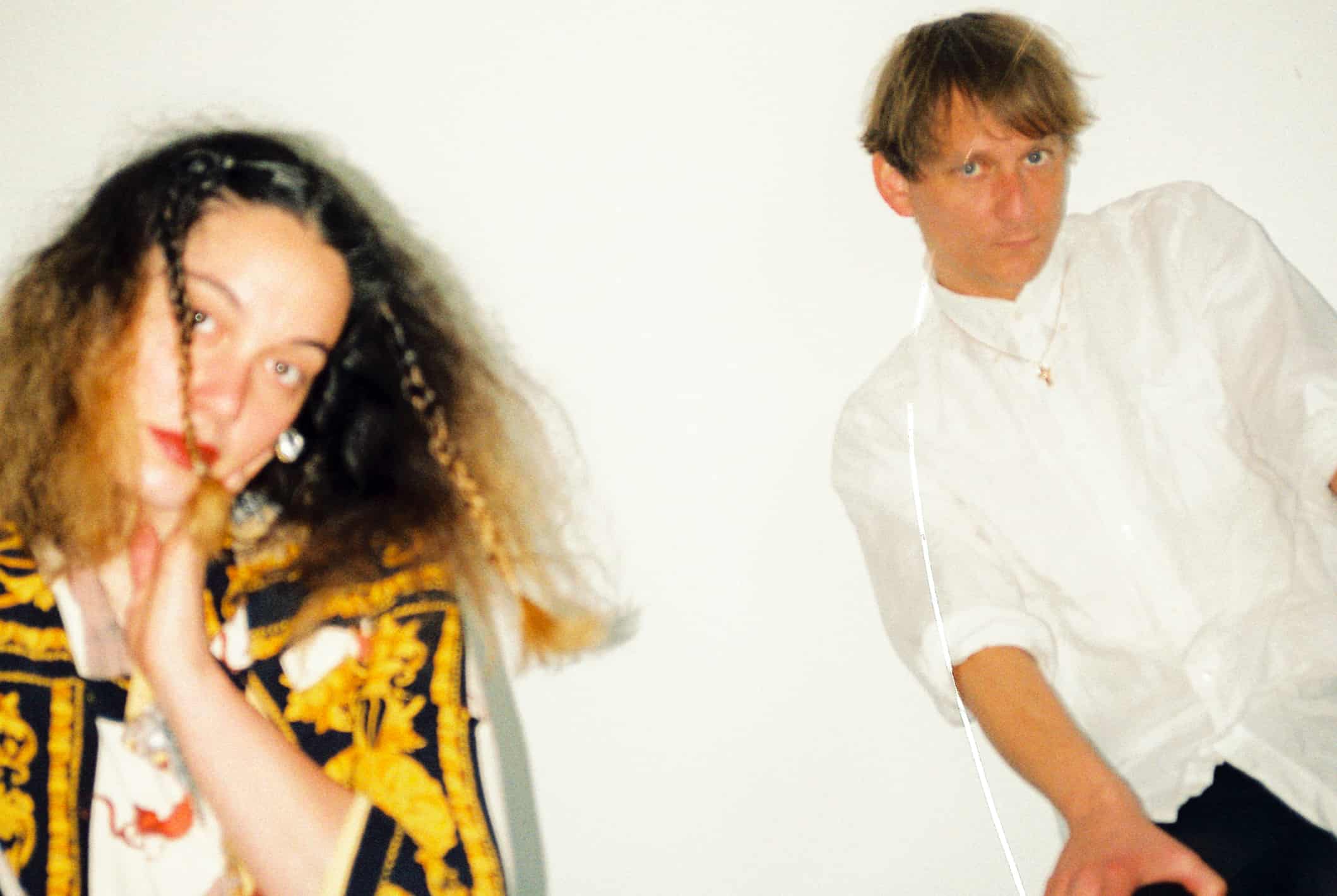 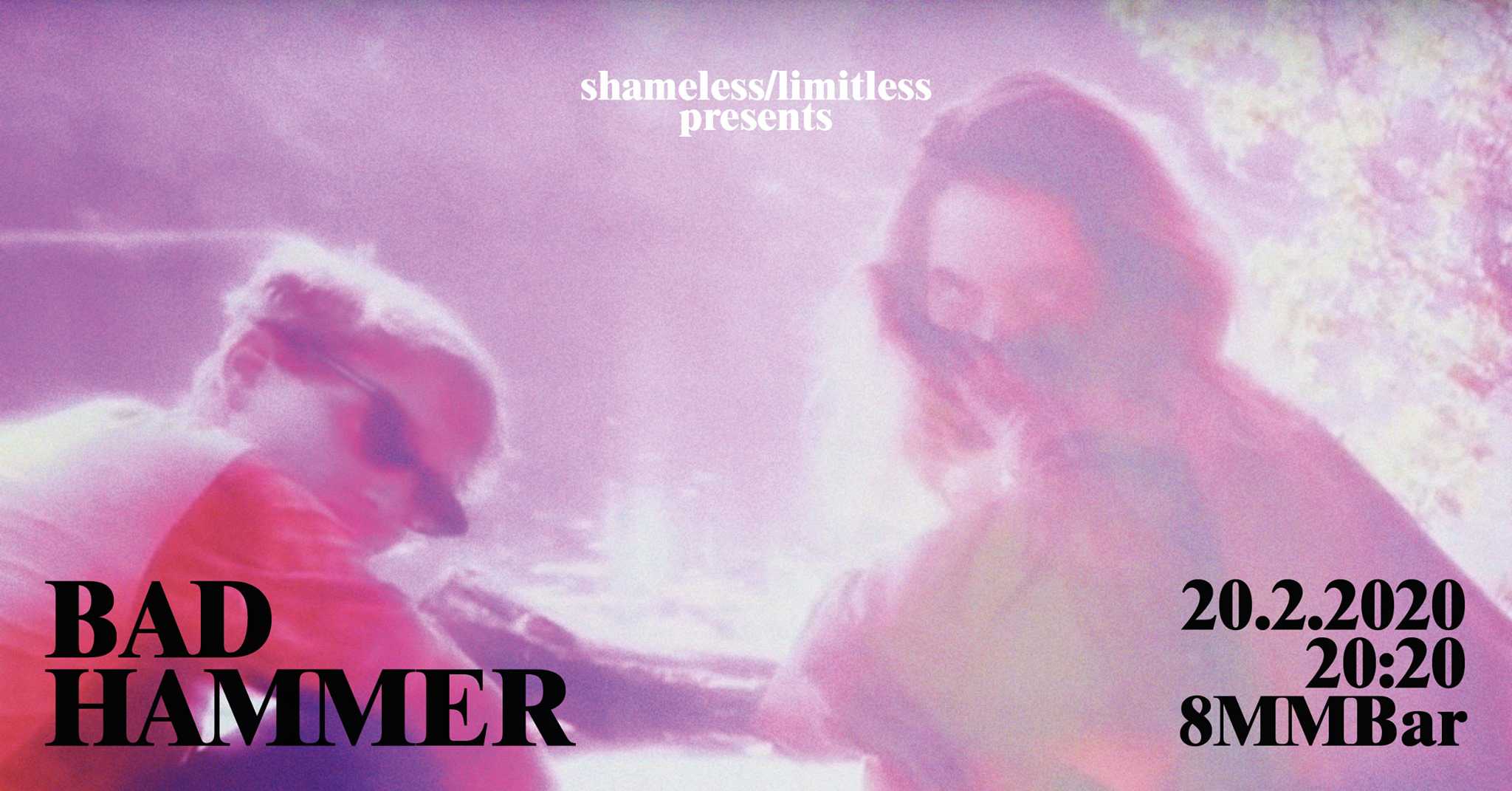 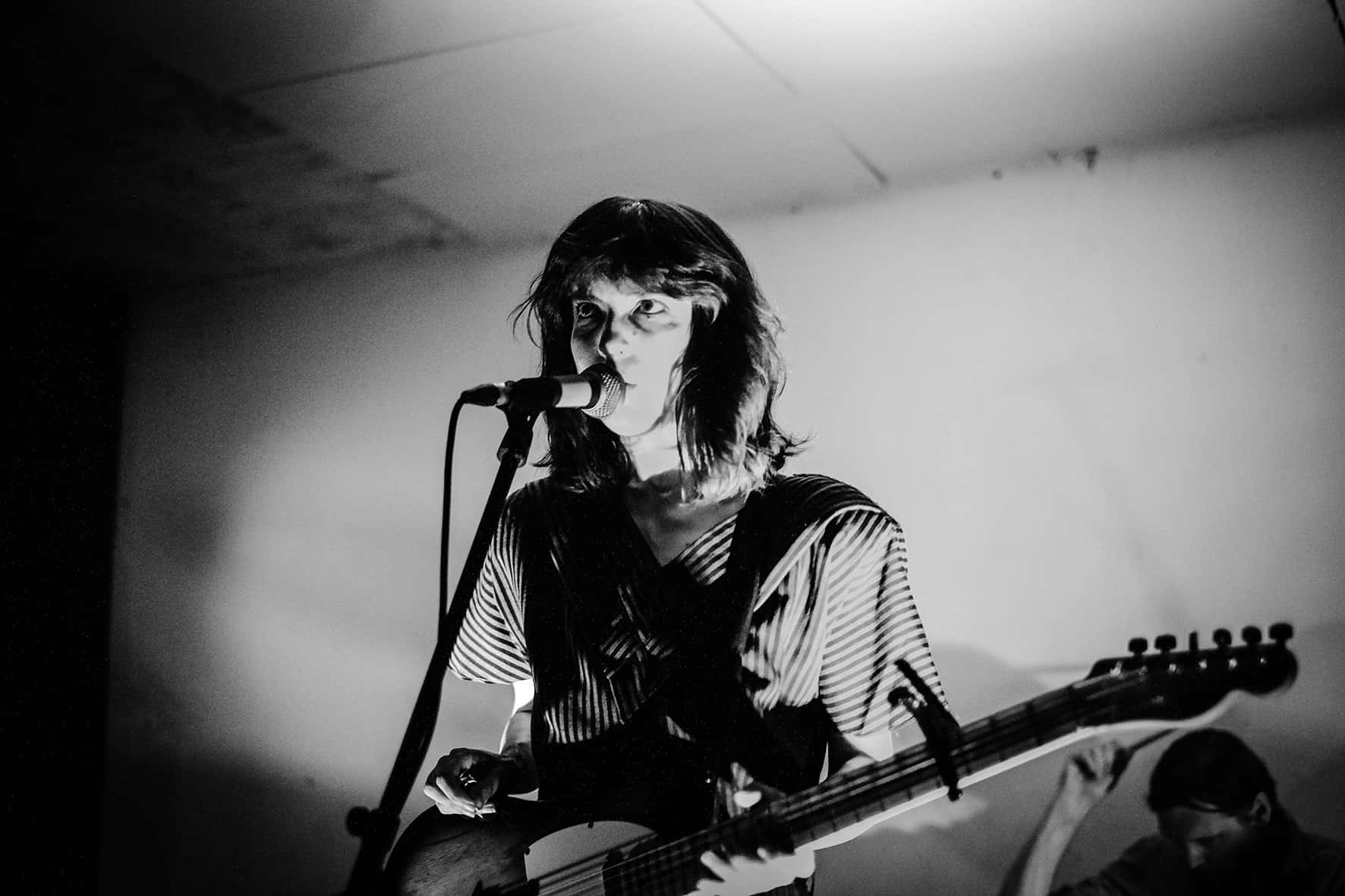