The Ingredient Captures the Flavour of Film

Does art have a taste? Can something that touches our aural or visual senses be distilled into a flavour? And is it tasty?

This is a question which chefs Benjamin Bonta and Tait Miller attempt to answer with their fine dining pop-up dinner project, The Ingredient. I was lucky enough to take part in their first pop-up event earlier this month.

The premise of The Ingredient’s pop-up dinners is simple: they choose a stimulating art film to show their guests and match scenes from that film with the courses of their meal. It’s no mean feat – how exactly do you capture the sights, sounds and feelings of a film in taste form? 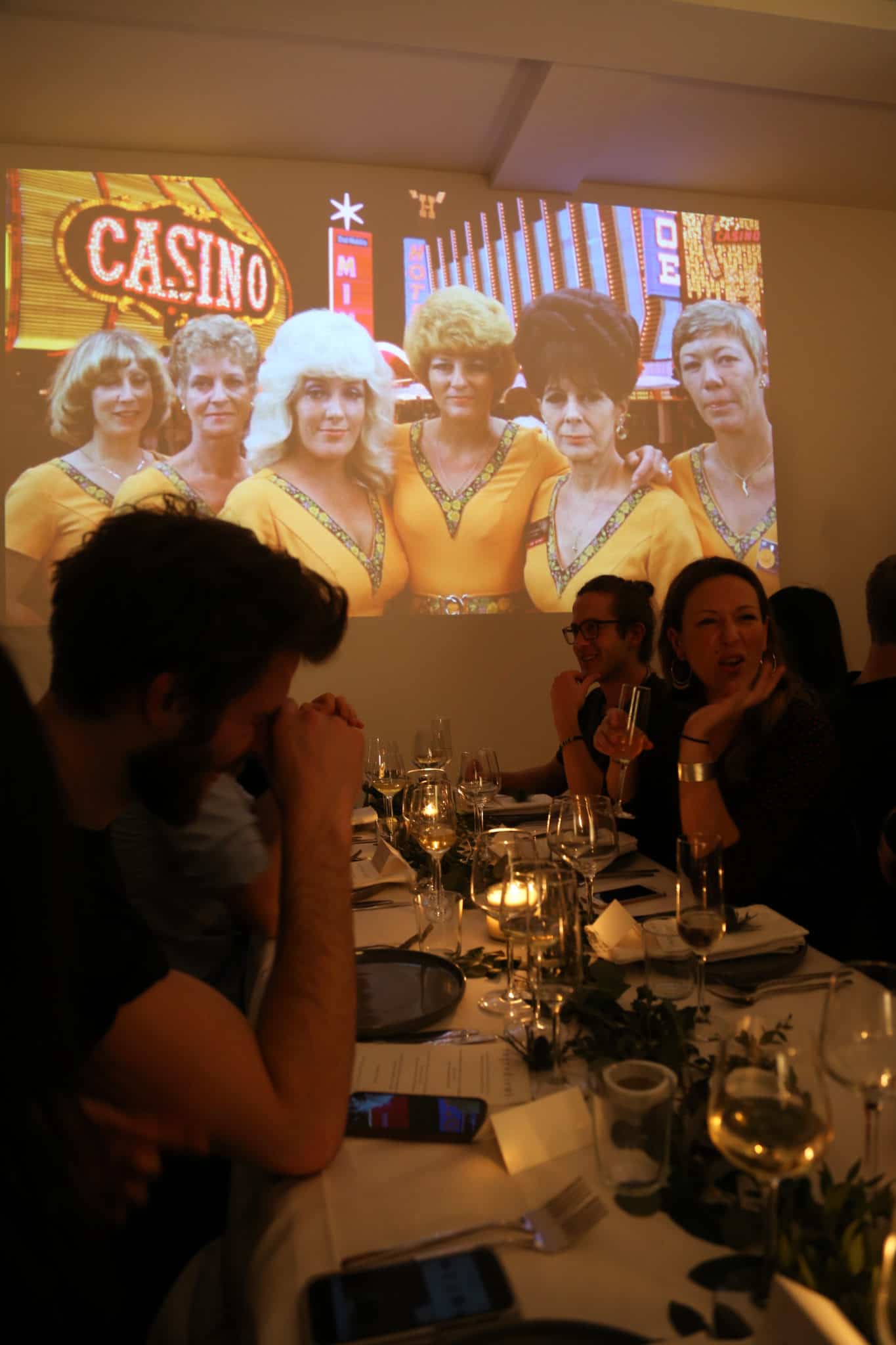 I asked chef Benjamin Bonta how he first approached this idea and his answer was astounding. As an experiment, he set fellow chef Tait Miller the challenge of listening to College & Electric Youth’s song A Real Hero and asked him to compile a list of ingredients that ‘fit’ the song’s mood. Benjamin did the same himself and, when the two chefs compared their ingredients lists, they were surprised to see that only two items on their lists differed. The rest were identical. This is when they knew they were onto something with their idea for The Ingredient. 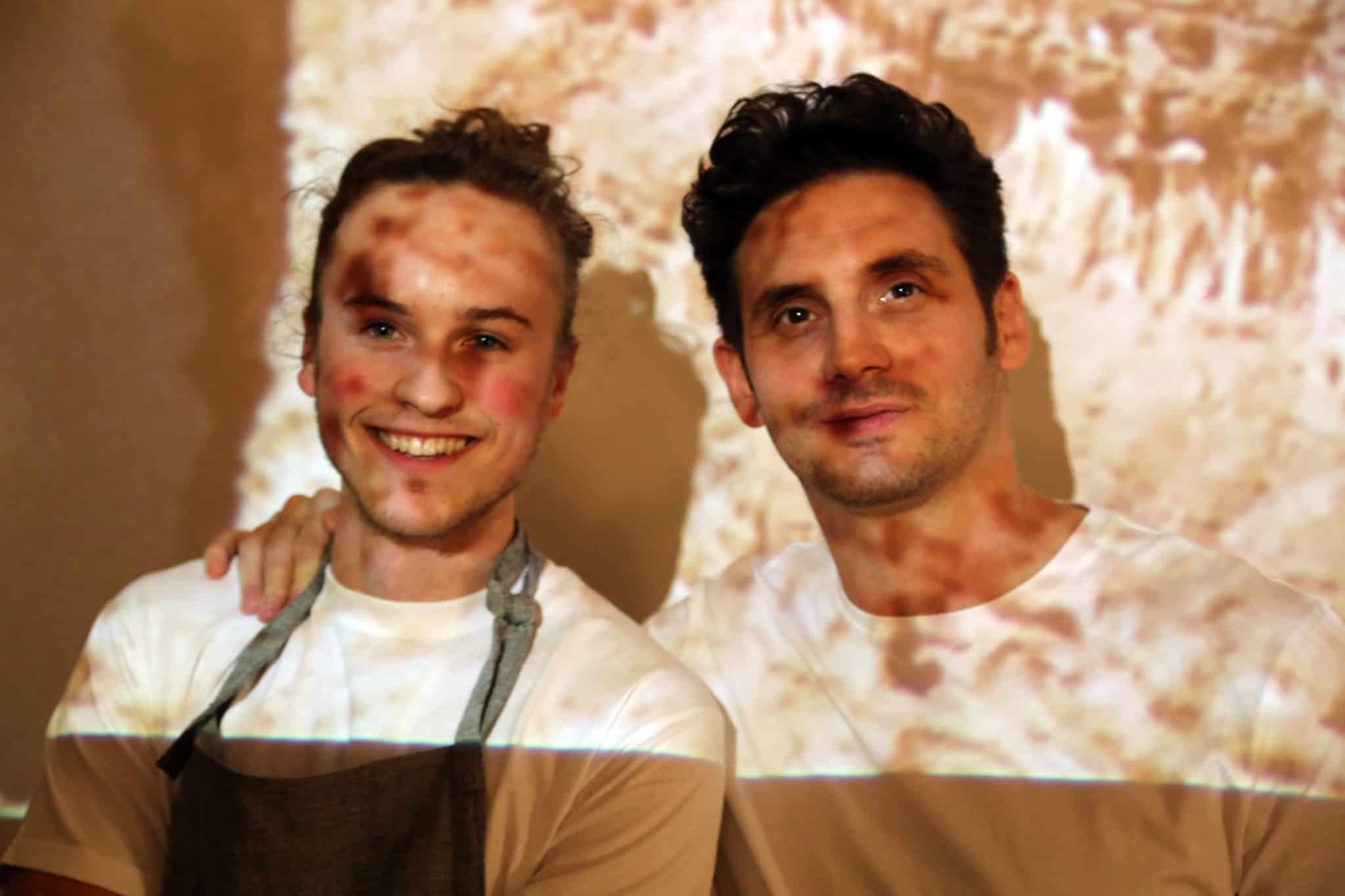 Translating film to flavour brought some questions to my mind, namely: what does red taste like? Or blue? Whilst those of you with synaesthesia are laughing at that question right now, what about the rest of us? Benjamin solved this conundrum by telling me they weren’t trying to visually capture the food, more the emotions and mood of the imagery.

The wine pairings for their events are also chosen with the film scenes in mind. Provided by Friedenauer Weinhandlung, their sommelier Noa Erni told me that he is often asked by customers to provide wines to fit seemingly abstract things such as film nights or even music concerts. Madness.

To get tickets for their next event this Saturday 24th, click here.

The film: Koyaanisqatsi – Life Out of Balance

Koyaanisqatsi is a 1982 experimental film directed by Godfrey Reggio, which features long, chopped together sequences of never-ending cityscapes, aerial footage of planes and rockets, and vast swathes of nature, juxtaposed with a synth soundtrack by Philip Glass. Without any dialogue, the film is loaded with iconic shots and unexplained feeling. 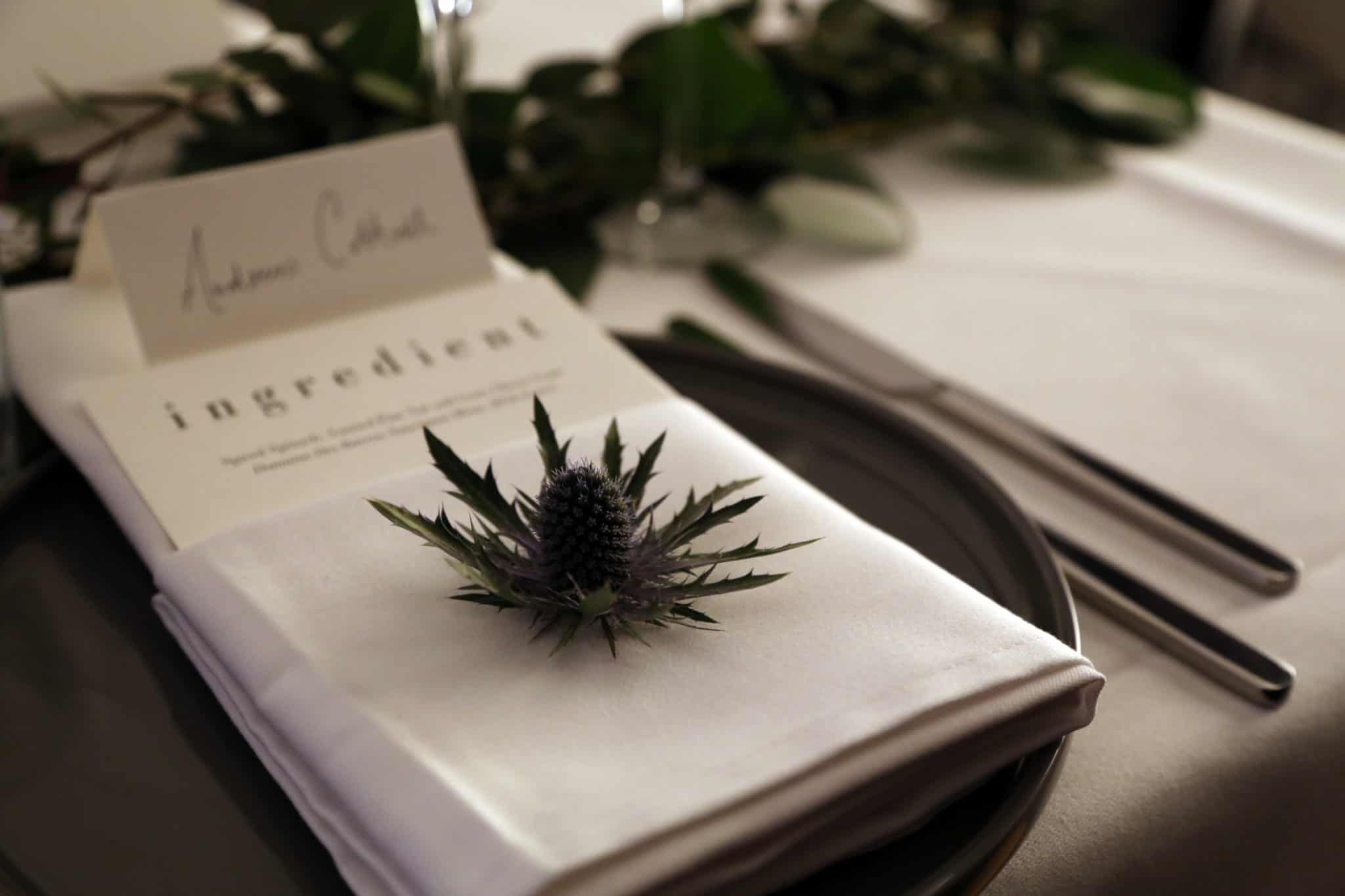 After a cava reception meet and greet, we’re seated in a DIY dining room, one that by day serves as an actors’ casting room and tonight will be our private cinema. 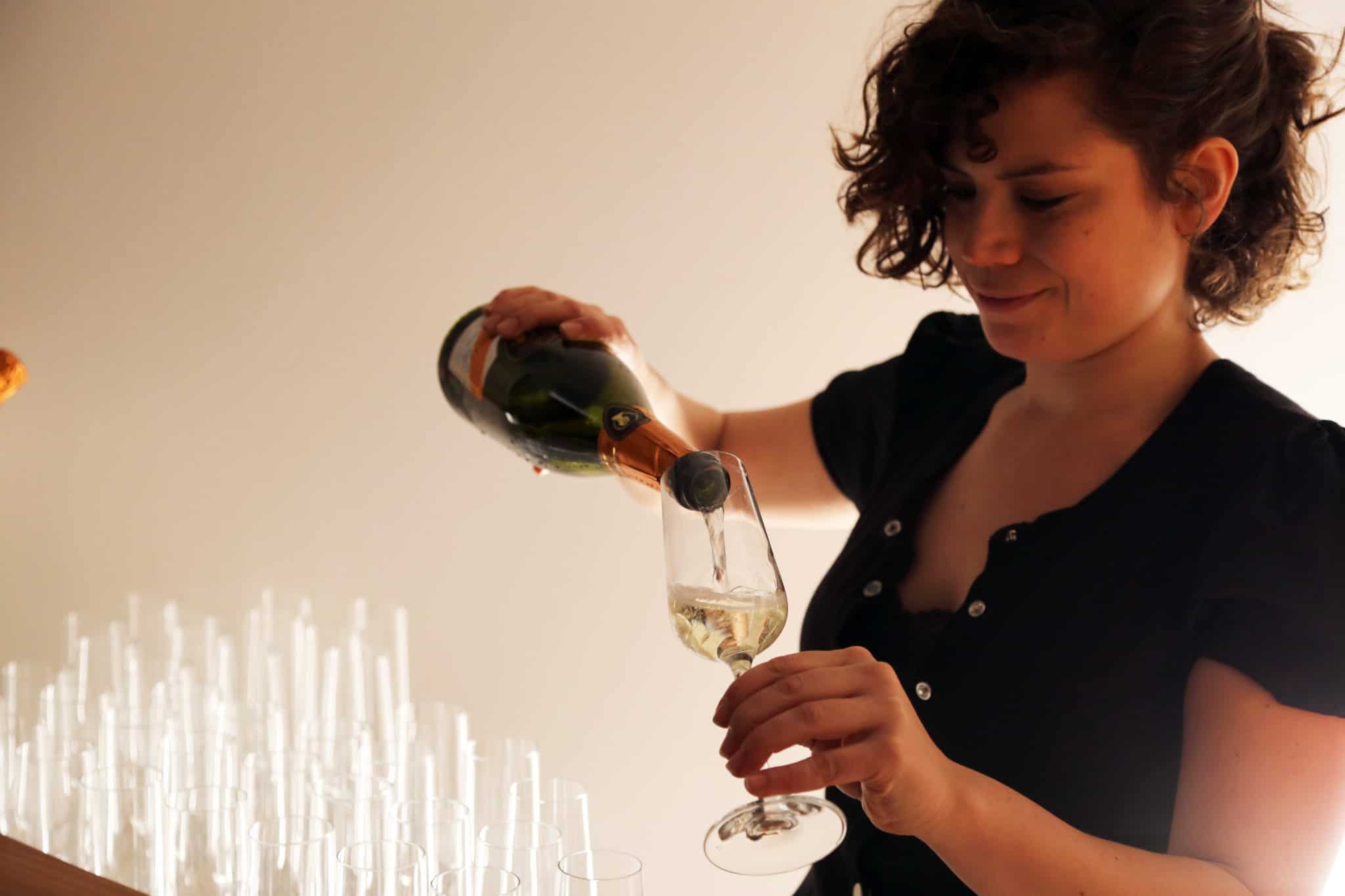 There’s a party atmosphere in the room as the final guests arrive to this sold-out event and we transition from the cava to the first wine of the night’s selection. Everyone’s attractive, as is the staff and table décor, but if you concentrated hard enough you can hear the words ‘New York’, ‘London’ and ‘LA’ echoing around the room, bouncing off the lips of the international twat class, the ones who just love saying those words out loud. You know the ones. But I digress, this is our reality now. Don’t let them spoil the fun. 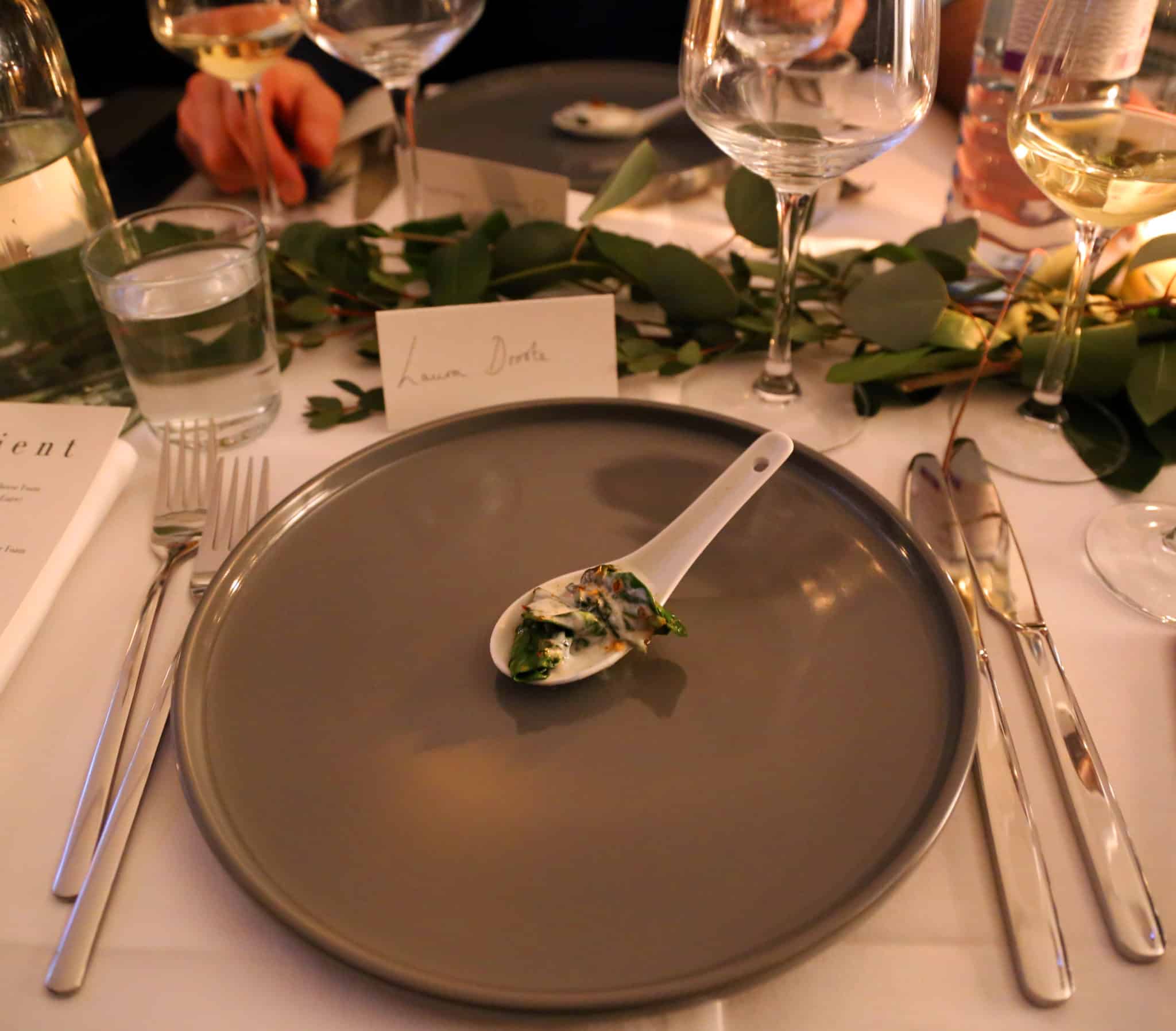 As the curtain opened on our first film scene, ominous bass rattled the room as still blue waters became grey, crashing waves. A sense of menace gripped us, with Clockwork Orange-eque trumpets and cascading waterfalls. A moment later, all was calm again. The lights came up and the party resumed. 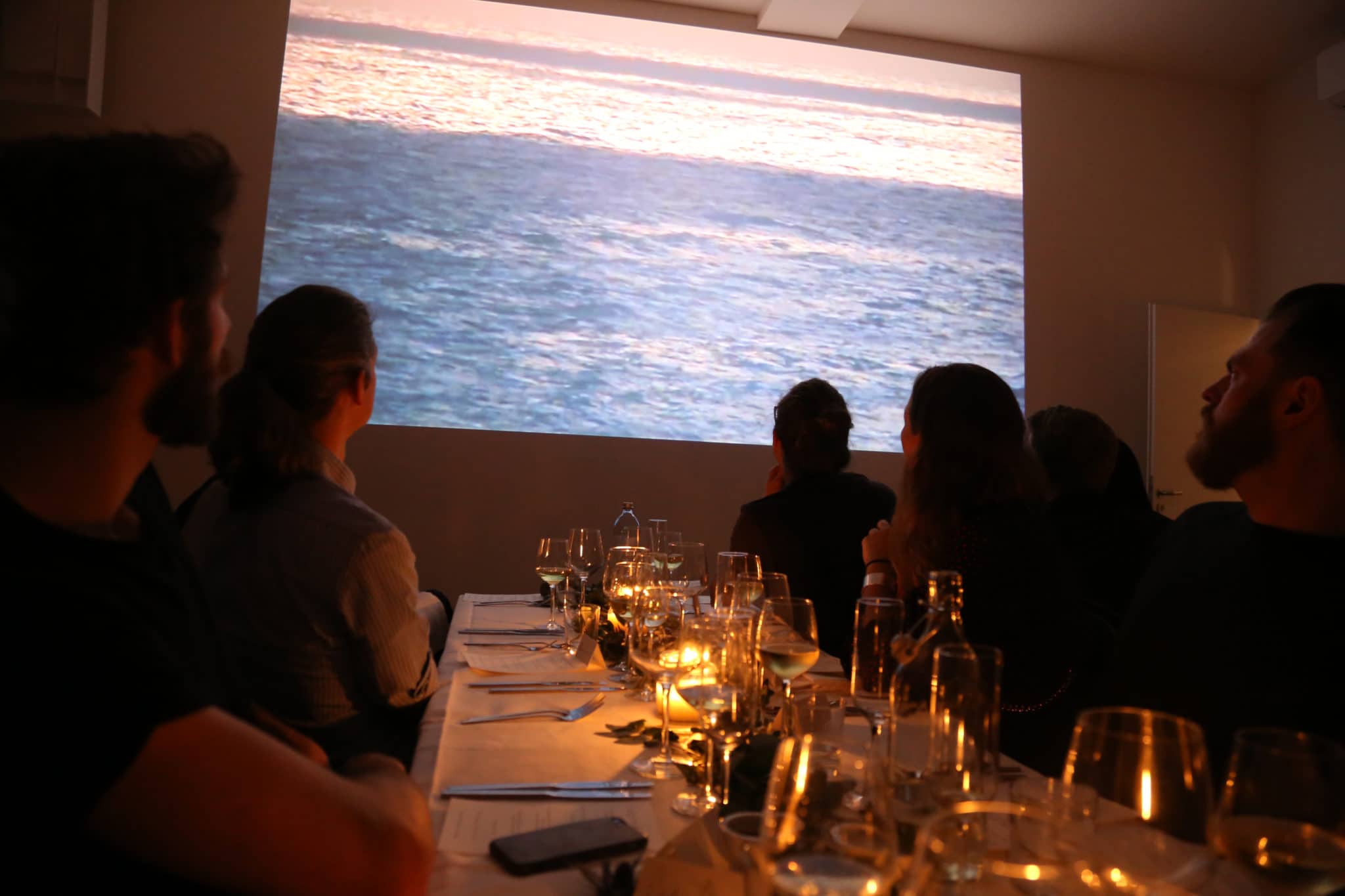 A plate was placed in front of what looked like a piece of flotsam, with cauliflower-flavoured seafoam and a delicately smoked piece of halibut hiding underneath on a bed of samphire. This fish dish had the salt of the sea running through it, with a zesty citrus which cut through it like the shimmering light as the waves broke on the screen. 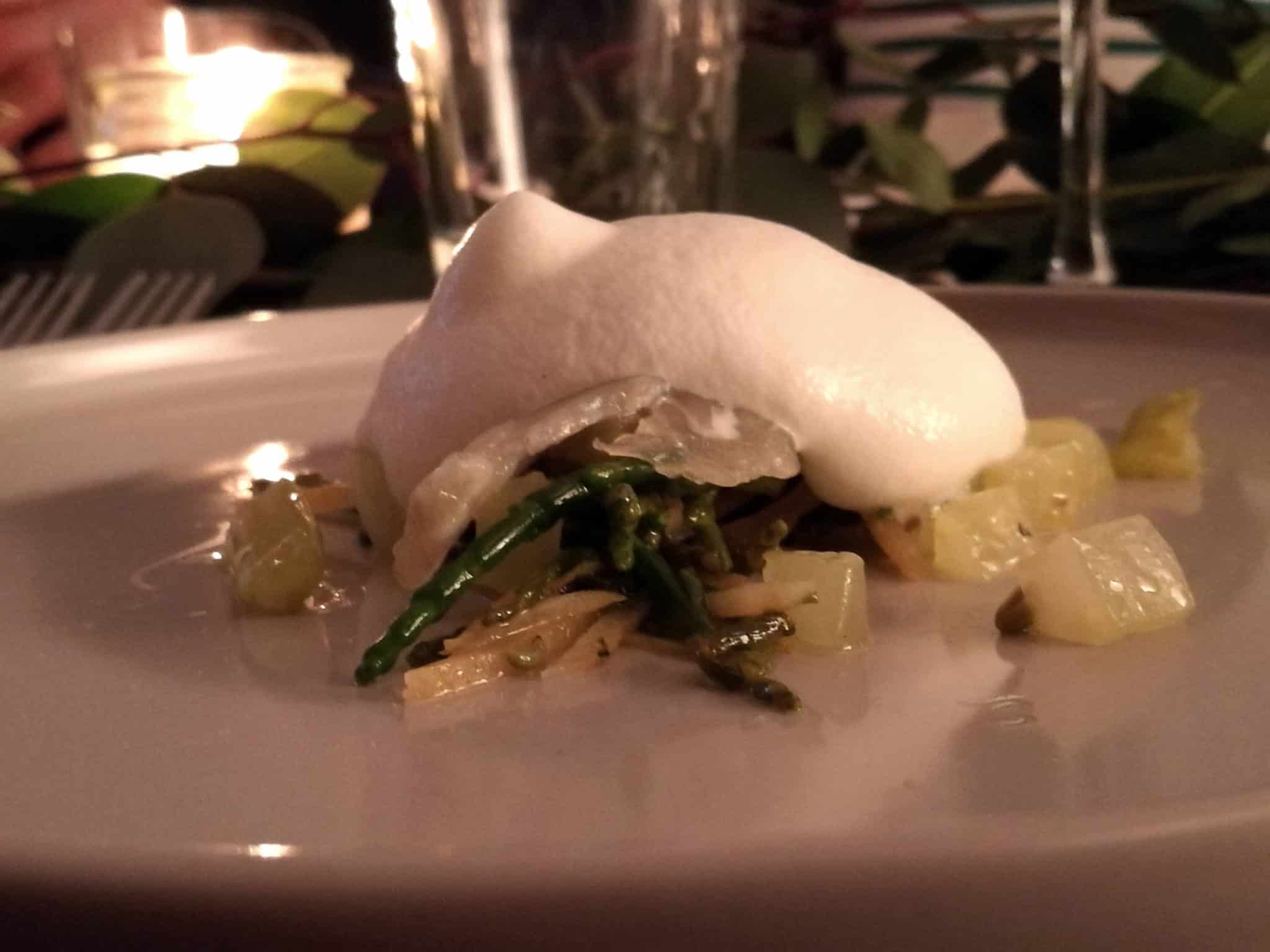 The main course opened with frenetic choral chanting and a pulsing beat. Huge cityscapes appeared, the neon snakes of time-lapse highways thick with cars, queues of waiting humans, the city dwellers and their exploding concrete life. A contrast to the crushing nature we’d just witnessed. 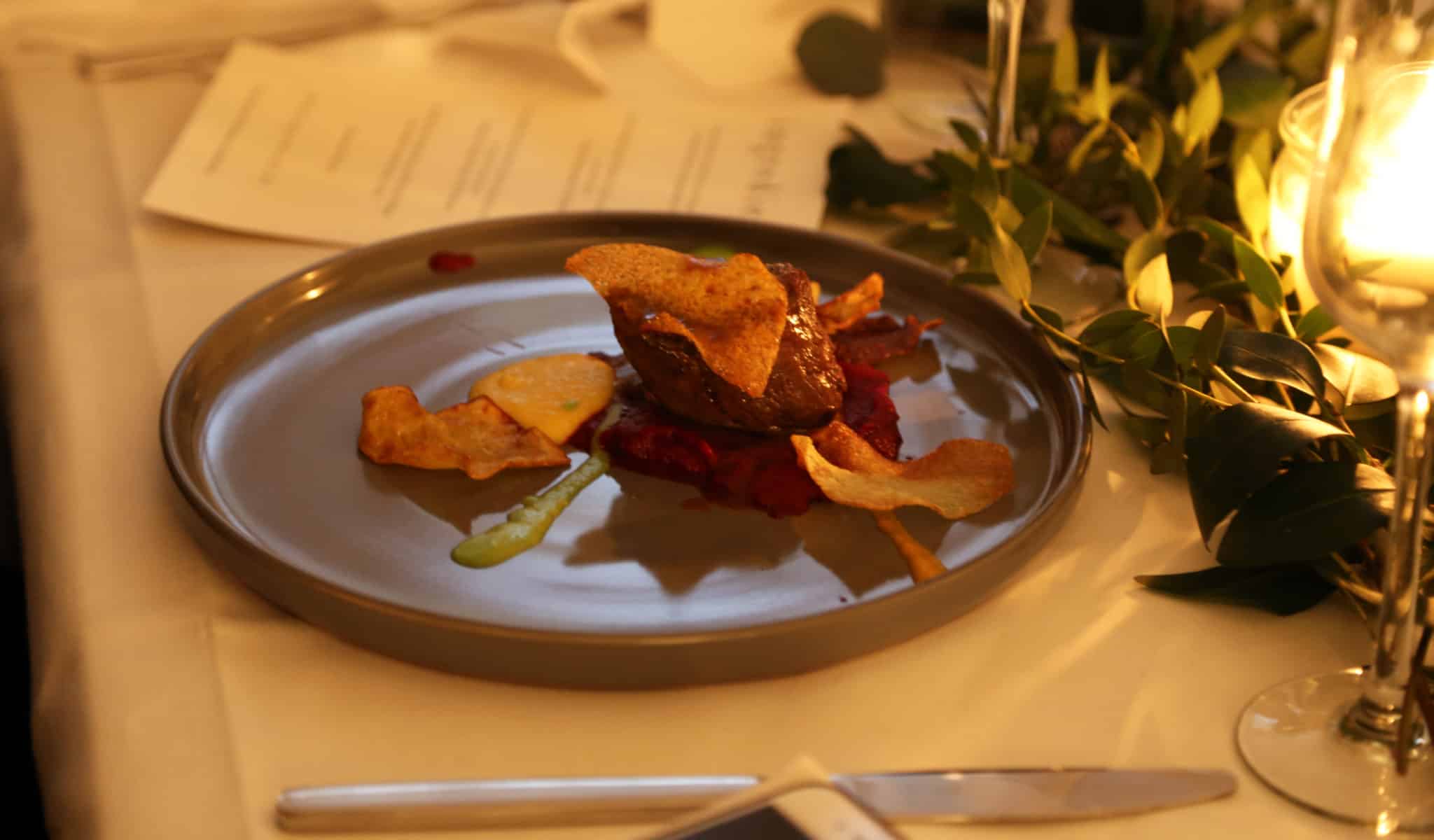 This was the meat course, with a deliciously tender rare beef fillet atop a beet blood smear on the plate. It was an earthy flavoured intentional car crash of a dish, a reminder of humanity’s sturdy imprint on nature. The wine really took the lead in this one, as if acting as some overarching commentary. 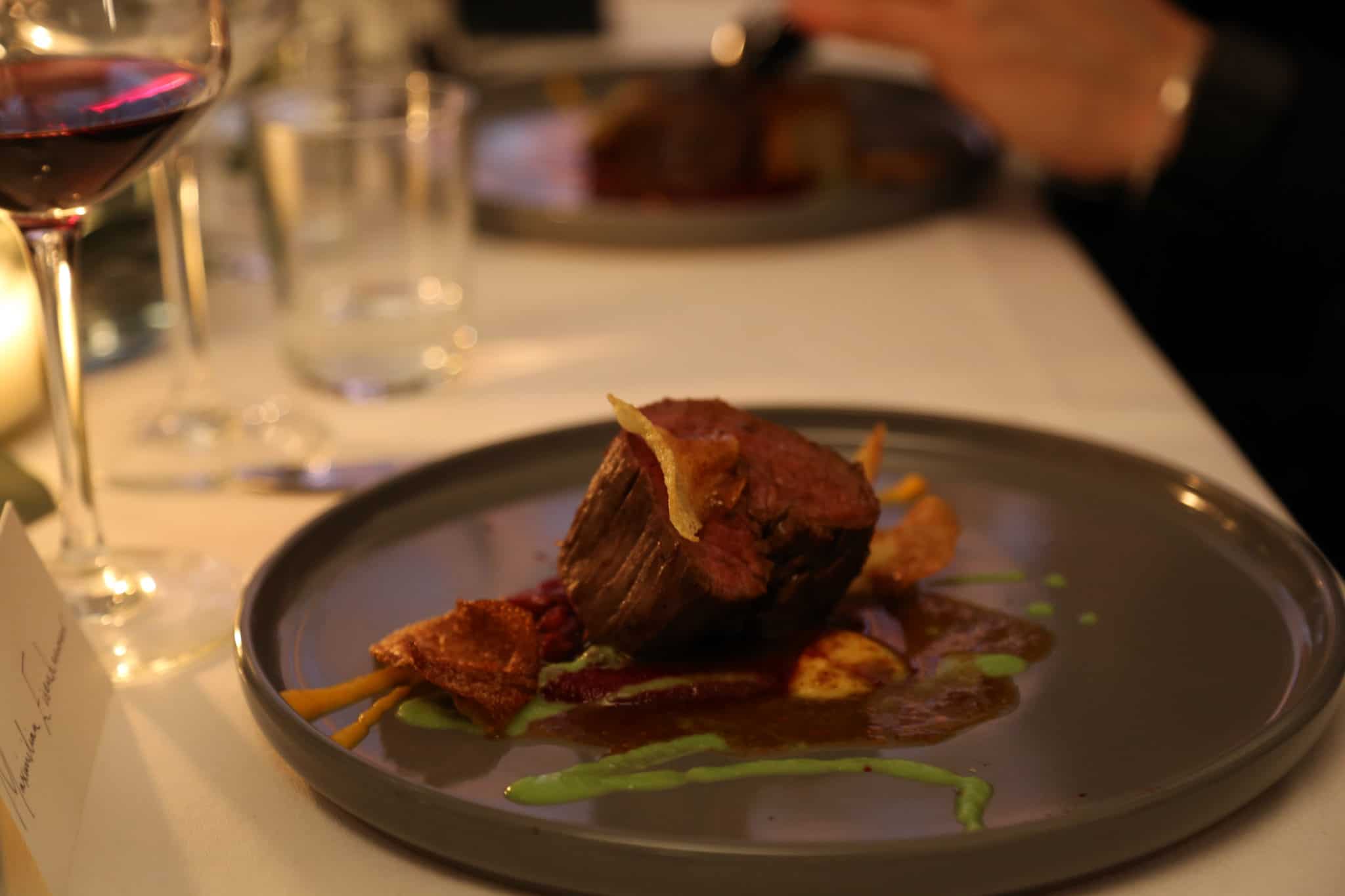 Throughout the four-course menu, whenever the film scene started the whole dynamic of the evening would change. It gave us a shared experience. Us, all together, facing the screen, in perfect silence for a minute of pure absorption. Then, once the evening resumed, we’d discuss what they’d just seen, and what we expected the chefs to do with it.

The courses were not eaten whilst we watched the film. We had to retain the images in our heads a few minutes longer as the plates were dished out. This meant that when eating it was difficult to properly recall the ‘emotions’ of the film and compare them with the food, but it certainly gave us a lot to discuss with each other. 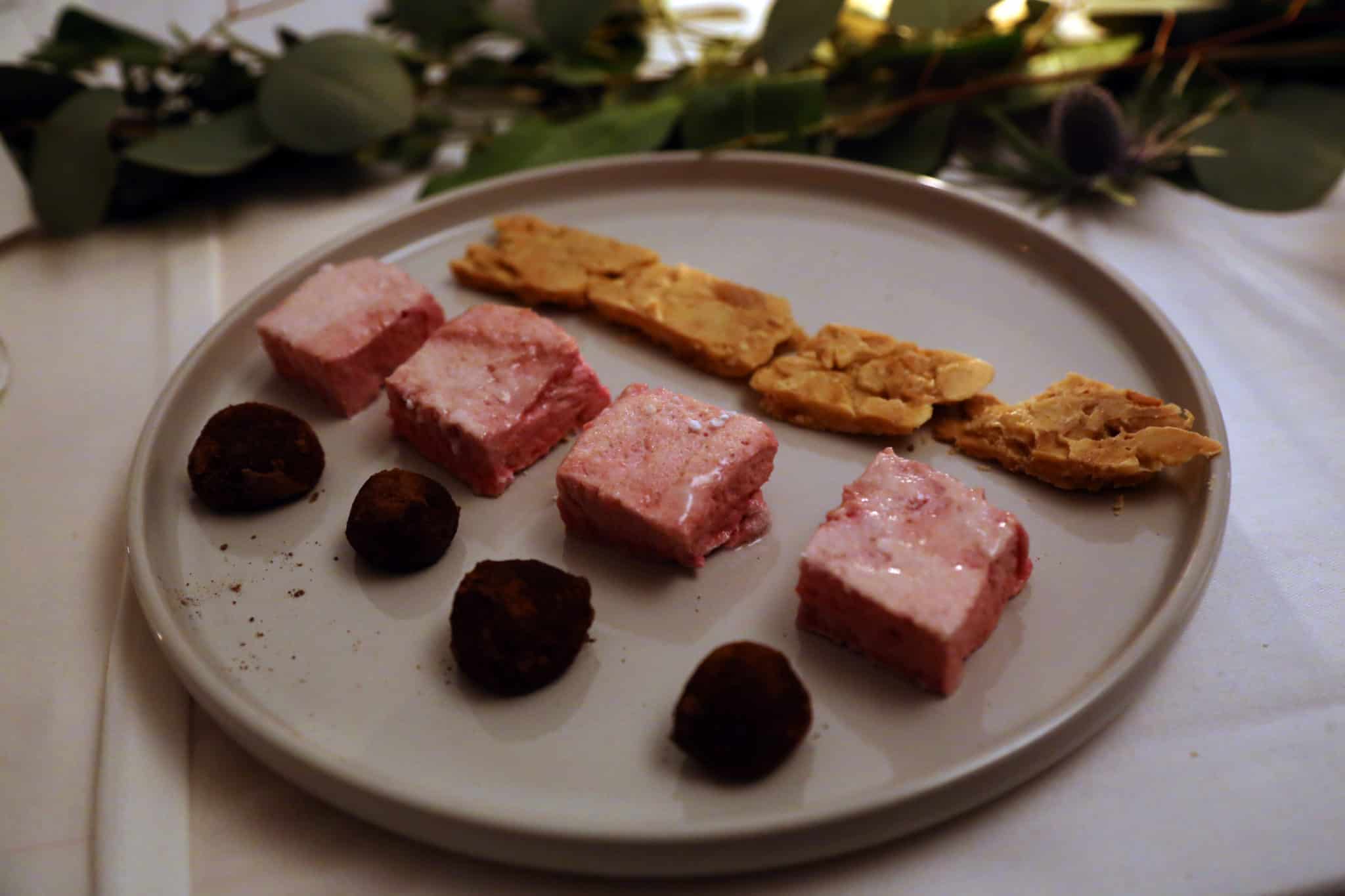 Plus, there were many visual allusions to the film scenes in the dinner which we could appreciate – such as a dessert set to the backdrop of a failed rocket launch, with charred rocket shards spiralling back down to Earth and burning up in the atmosphere. To accompany this scene we had a chocolate dome (Earth…) coated with a caramel and popping-candy sauce, which gave guests a little cosmic surprise. 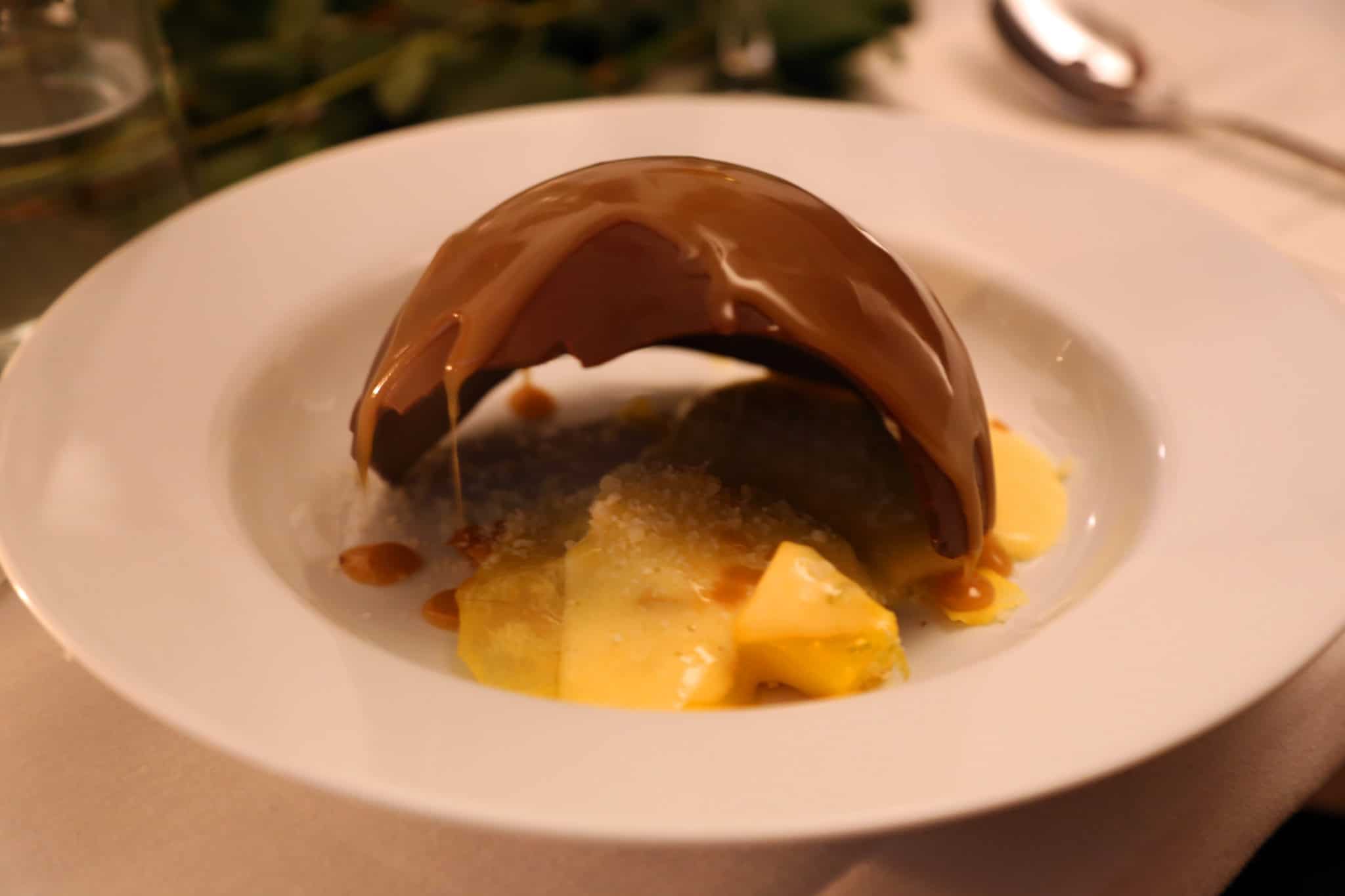 To surmise, The Ingredient has an intriguing concept, but one that I don’t think has yet been 100% realised (it was their first pop-up after all). Whilst I didn’t manage to truly link the food to the film, I have to say that their film selection was perfect and its iconic visuals helped build a real party atmosphere. The food was great (a little small on the savoury and heavy on the sweet courses for me), the wine was fantastic and the service was a pleasure. The Ingredient has the charisma to throw memorable dinner parties. 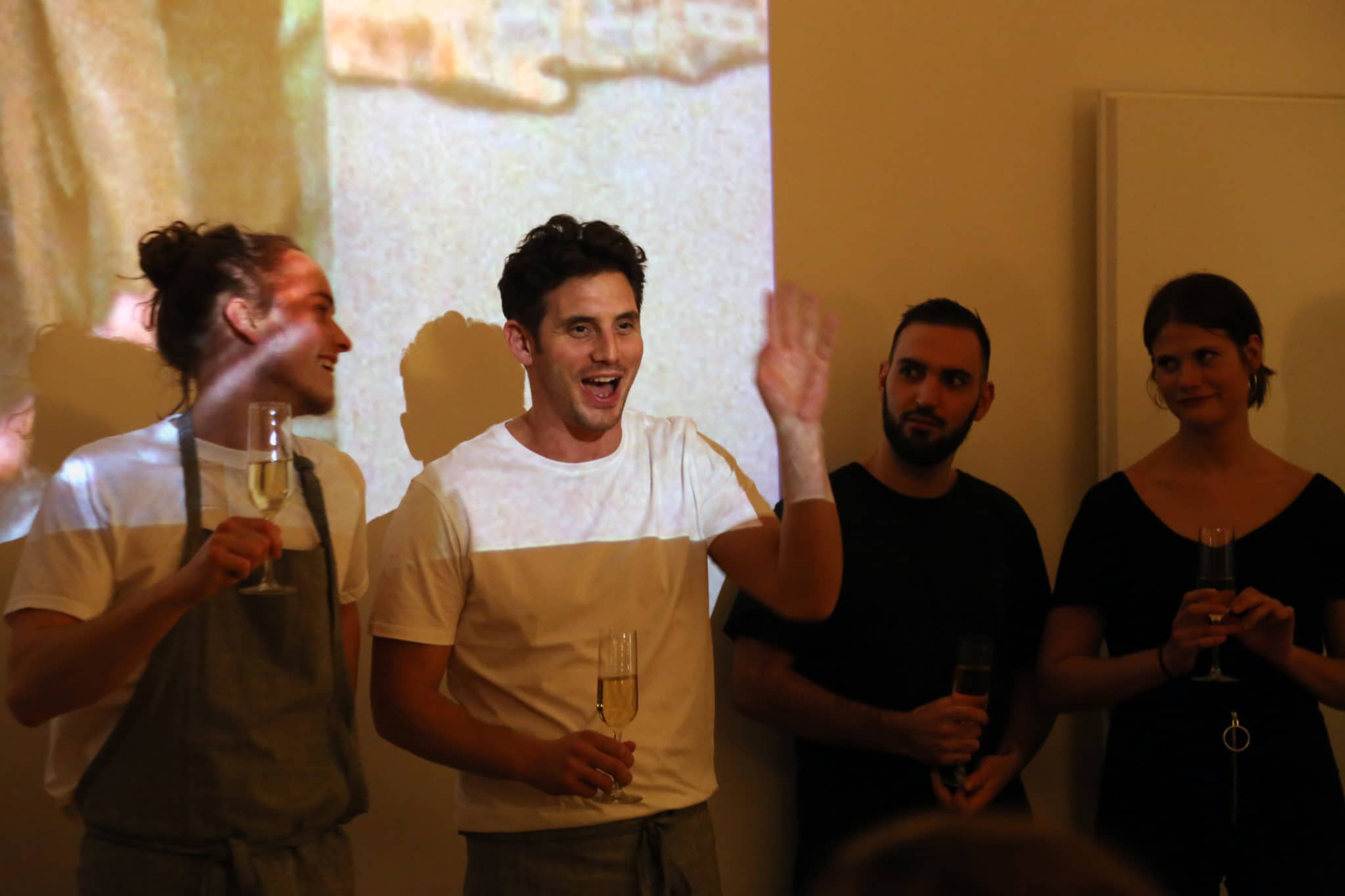 I do REALLY think they should attempt to do a dinner party based around Dumb and Dumber. Now that would be a sensory experience.

Find out about upcoming events by The Ingredient here. 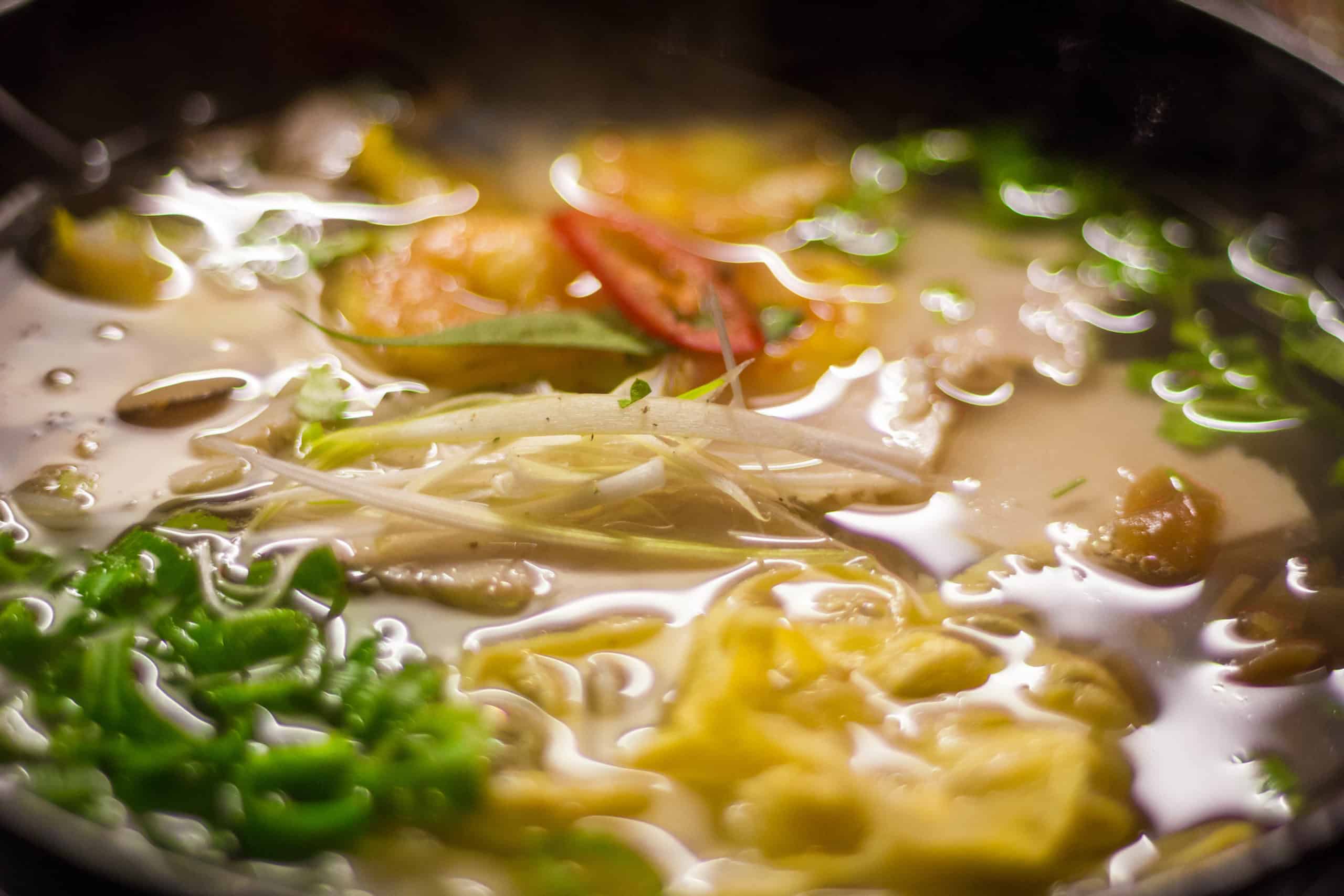 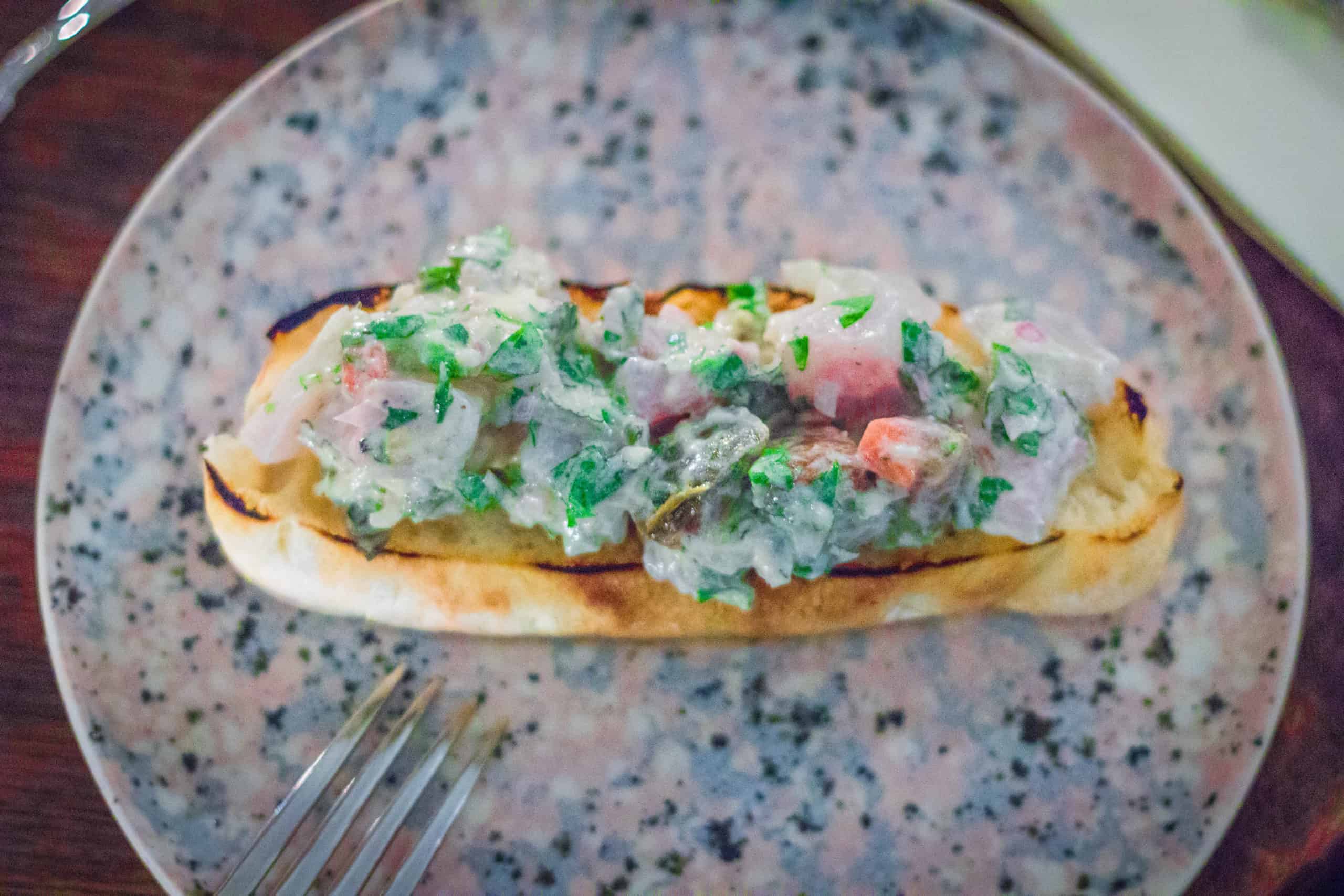 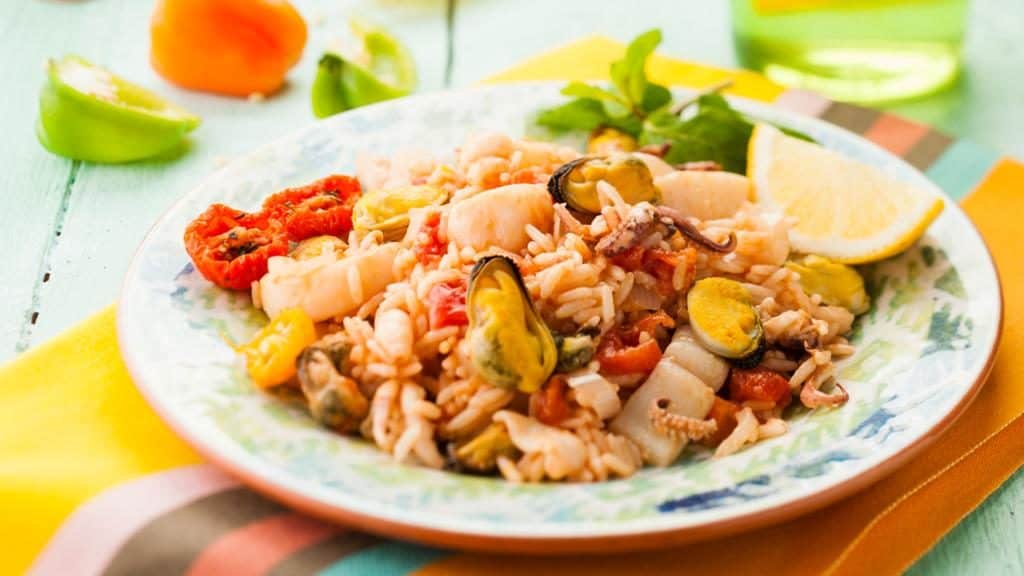 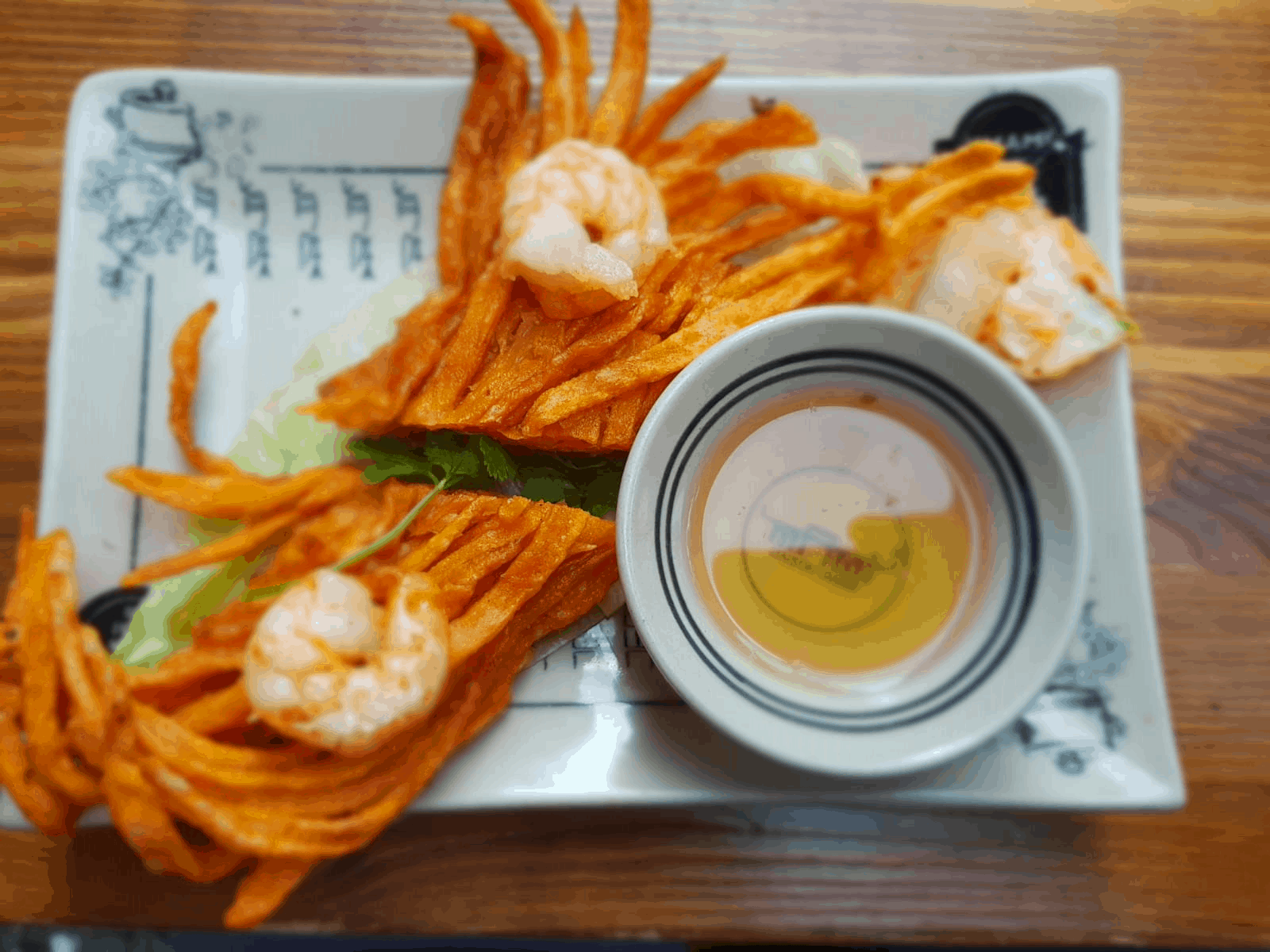