If you’ve never heard of Moon Suk, now’s the time to get acquainted.

Since arriving in Germany just over 30 years ago, the unconventional South Korean opera singer Moon Suk has made quite a name for herself. An operatic Soprano, she’s performed in concert halls around the world, even performing as prima donna in the Opernfestspiele Heidenheim’s rendition of the Magic Flute. She now hosts her own musical events in Berlin, including as Moon Suk and Best Friends.

But Moon is not only known for her singing career. She’s also as a poet, actress (having featured several times on Tatort), author, model, chef – you name it, she’s done it. A veritable atom bomb of joie de vivre and creativity, Moon is constantly exploding into new areas of the arts.

I visited her to talk about her latest venture – a YouTube series called “Moon Tells and Sings” – and to find out how she keeps going with such energy, even when things get hard.

The first thing that struck me when I entered Chez Moon was colour. Lots and lots of colour. “I have my own golden palace, you see!” she laughed, poking the golden foil-coated walls of her hallway. Bold canvas paintings (all Moon creations) dominated the living room and everywhere you looked were Moon-based creations. There was a Moon adorned with flowers, a pensive Moon, a naked Moon – even a Moon with Karl Lagerfeld. Welcome to Planet Moon.

She led me to her balcony. It was wrapped from floor to ceiling in more gold foil and bursting with plant life. All I could say was “Wow”. Moon sat opposite me, cross-legged amidst her flowers, radiating energy. Beaming back, I had to ask:

Moon, where do you get your positive energy from?

This energy I have is the energy of survival. We all have it.

Hmm, can you elaborate on that, Moon?

As I explained in the introduction of my book, Glücksblume, when I was born, my mother and I fought life and death and I was born a winner.
All people are born winners. If we were losers, we would all be dead. But we fought and we struggled and we conquered death. When we go through life with this same energy, we have nothing to fear.

Wow (again), that’s a great attitude. But survival can be difficult, especially for artists, right?

I’ve always found a way to survive from my creativity. People might not believe that you can live from poetry, but I did it. Having two young children, I managed to financially support myself for several years with my poems.

Well, I guess being multi-talented helps. Have you always known you were creative?

I always loved singing. I sang all the way through school and wanted to have lessons but I had no means of paying for them. My family were not interested. They wanted me to hurry up and finish school, get a job in an office and get married. But, when I was 12 or 13, I spent a whole week thinking very deeply about my existence and, in the end, I came to the conclusion: I will be a musician. I received a scholarship to come and study in Germany and here I am.

What do you think of the artistic world in Berlin?

I think that one shouldn’t be too dependent on a particular city. The good thing about Berlin is that the city government does seem to help artists and I praise our politicians for this. But everyone should move themselves out of their own place. Staying still brings nothing.

Talking of staying still – how did you survive lockdown?

Although it’s been a very hard time for many artists, I was lucky in the respect that I was able to enjoy the quiet time. I had time to be creative again. It was during Corona that I came up with the idea for Moon Tells and Sings.

Ah yes. How did that happen, exactly?

Well, I watch a lot of YouTube videos. I’m a big K Pop fan (she shows me a video of Blackpink, a group I’d never heard of) and I like to watch reaction videos – you know some of the Korean guys who make these videos are multi-billionaires now? Anyway, I realised that you can listen to classical music as much as you want to online, but hardly anyone talks about the story behind it. So, I decided to make my own videos.

What is Moon Tells and Sings, exactly?

In each episode of Moon Tells and Sings, I tell the story of a famous composer and a particular composition of theirs. And then I sing it. It’s usually filmed in the communal garden where I live as a resident artist – which is owned by the Starke Stiftung – amongst the wonderful flowers which I take care of.

And who films it?

I do. I do everything myself. I do the research, I write the text, I film them, edit them, record the sound, draw the pictures. Everything. It’s a lot of work, but I think that educating people about classical music is important. When I do something, it should not just be “haha” but more “ah hah!s”.

I really enjoy the videos, but mainly because you’re so entertaining.

Thank you (smiling sweetly). Yes, I try to make them interesting for people.

Well, you certainly do. So, what’s next for Moon?

Oh, I’m very busy. Episode 5 of Moon Tells and Sings will be out soon and I have recently started a new series called “Poems for Life”. You should watch that too! And, in a few weeks, I will be filming for a TV series called Um Himmels Willen (For Heaven’s sake), where I will be playing a Chinese businesswoman called Frau Fu alongside the actor Fritz Wepper.

Haha Moon, how do you get these roles?

“Because I’m famous,” she laughs. Not famous enough, in my opinion.

I came away from my time with Moon feeling thoroughly intoxicated by her energy and thinking. Wouldn’t the world be a better place if we were all a bit more like Moon?

Do yourselves a favour and get some Moon in your lives:
Watch Moon Tells and Sings on her YouTube channel.
Find Moon on Instagram.
Visit Moon’s website, moon.suk.berlin 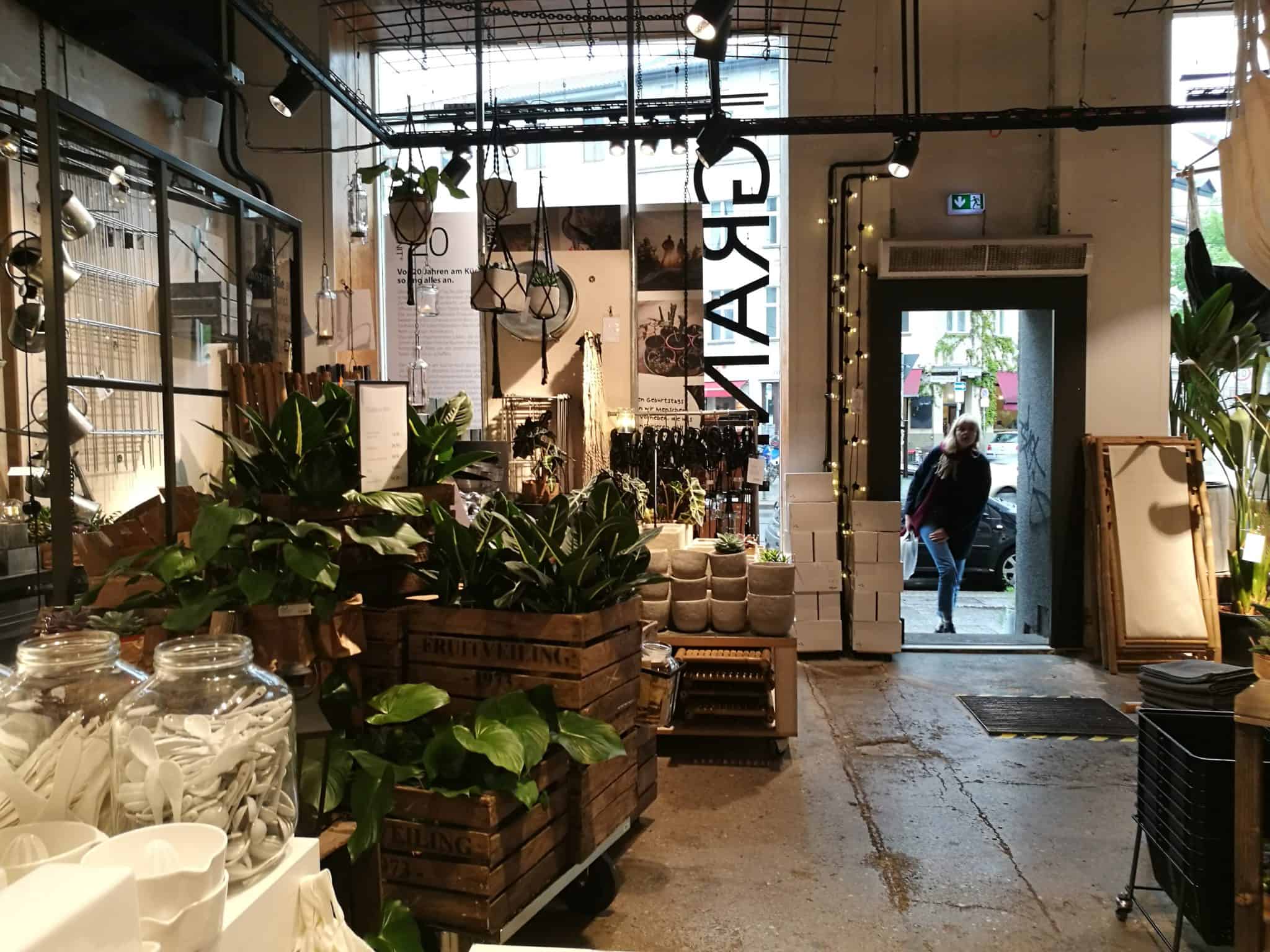 GRANIT is the Swedish Design Boutique Berlin’s Been Waiting For