It’s getting cold and grey out there. Long, dark, lonely nights are ahead in Berlin. A time to stay in and think. Remember that business idea you have but keep putting off because there’s funner things to do? Well, the lakes are closed and open airs are a distant memory, so you might as well get working on it. Who knows, it might change your life. 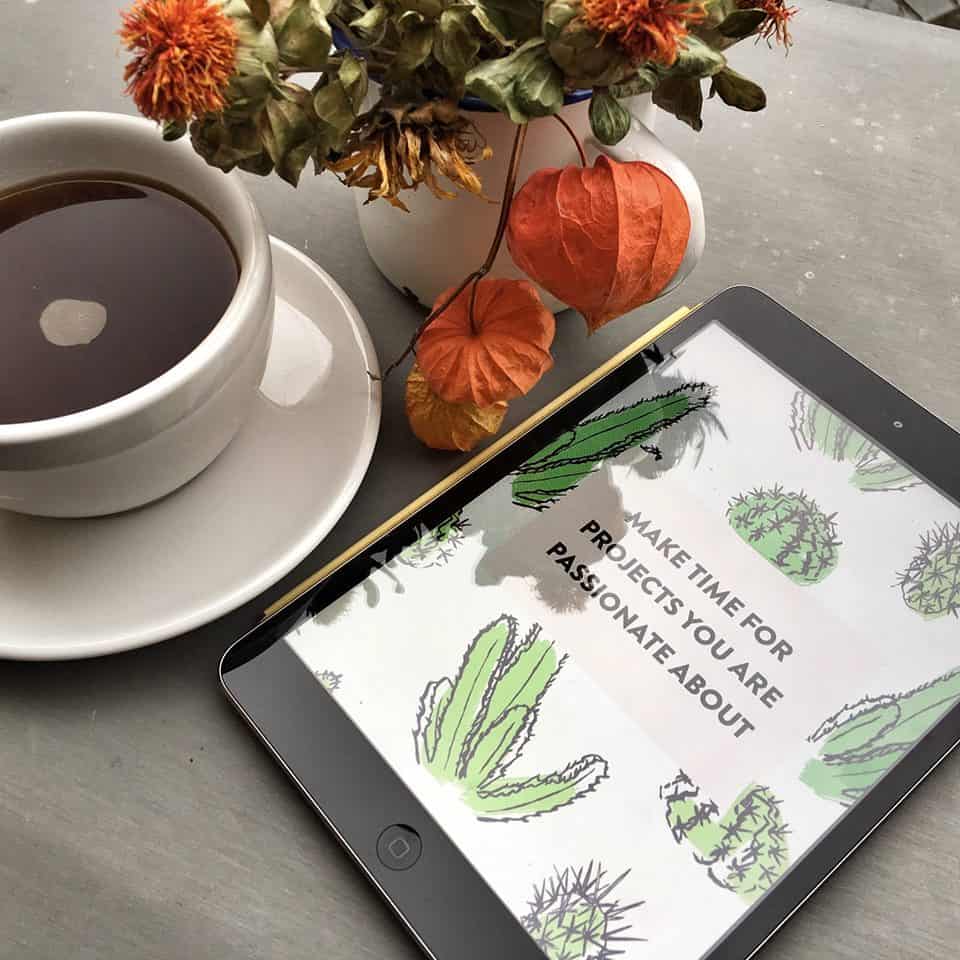 Kickstarter is a fund-raising platform that most people the creative industry have at least thought about using at some point, and a proven route into the business world. The platform held a great event the other day entitled “Embrace your Hustle“, which showed the attentive crowd how to make their dreams into side projects (and beyond…) using Kickstarter. This was part of a series of “How to” events, the next being about turning your hobby into a business.

I took the chance to sit down with Monika Kanokova to talk creative, business, Kickstarter, and how to get your project moving. 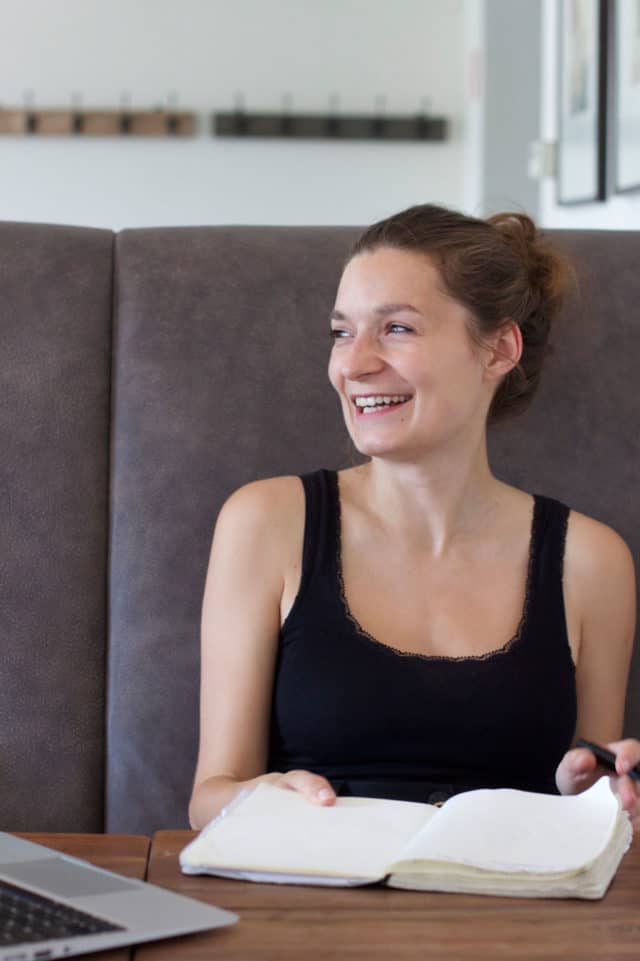 Monika, would it be alright to call you the heart and soul of Kickstarter Germany and Austria?

I teamed up with Kickstarter to help with their launch in Germany last April. The collaboration went so well that I’ve stayed on with the team since then. I’ve always had a fascination with creative people, and it’s one of my core characteristics to listen to people’s ideas and try to help them get a little closer to realizing them. Once someone becomes part of my network, I’ll be on the lookout for opportunities and like-minded people to connect them with. So, in a way, that might situate me at the heart of the Kickstarter community here.

What is your exact job at Kickstarter?

I facilitate, nourish, and grow the local community of creatives who are connected with Kickstarter in one way or another. I run events, work on partnerships, and help people with their projects. Additionally, I work to support German-speaking creators whose main language isn’t English, connecting them with the team in New York and making it easier for international creators to run great campaigns.

You have written two books. What are they about and why?

In 2014, I quit my full-time job and embarked on a journey as a freelancer. I took the first project that came my way, which brought me to London. I was still in shock about the sudden changes in my life and desperately needed a project that would keep me busy, focused, and excited. I have a theory that if you are not happy, you should start a project that you have full control over and that keeps you positive. My project idea came fast: I decided to fulfill my lifelong dream of publishing a book.

Being a freelancer in the creative industries, my options seemed limitless, so I interviewed freelancers who I admire about how they run their businesses. It seemed only natural to share my findings with others, and Kickstarter felt like the perfect medium to share my idea with a community of creatives. That’s also more or less the story of how I met the Kickstarter team and started working with them.

The second book mostly happened because I wanted to do another Kickstarter project, and because I wanted to understand what one can do as a creative to grow a business without hiring people. Freelancers usually sell their time, and I thought that one can only become truly independent if one finds a way to turn their creativity into multiple, scalable income streams. So that’s how my second book, My Creative (Side) Business, came to life.

I’m currently working on a third guide for freelancers. I’m planning to shed light on some other aspects of freelancing, so if you want to know when it goes live on Kickstarter, just leave your email address here. 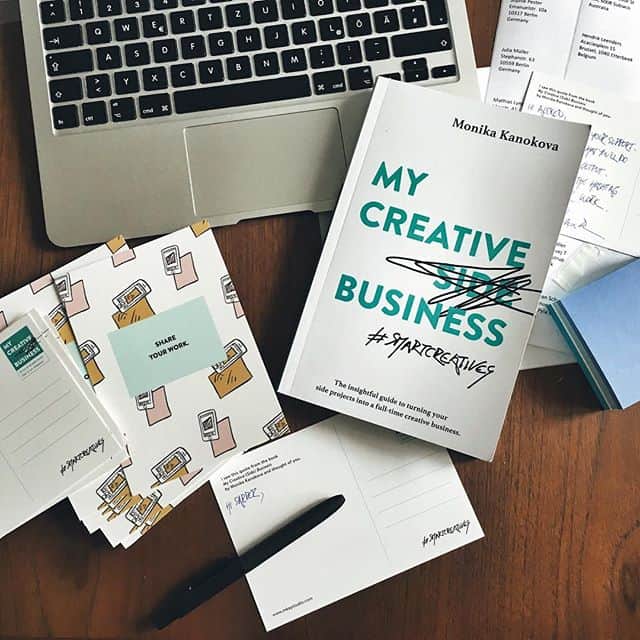 As popular as it is in tech bubbles like Berlin, do you think Kickstarter has hit the general mainstream yet?

I wish Kickstarter was mainstream! At least I wish it would be mainstream to support the creative community and help creators make ideas come to life directly. As for the creator community, and in my personal opinion, creating and innovating have never been what the mainstream would pursue, so I guess we have a long way to go before it becomes standard for people to have creative pursuits and to share them. But that’s also what Kickstarter is about, reminding people that everyone is capable of creating things and giving them the means to make it happen.

You have started a series of events at the Factory here in Berlin entitled “Embrace your Hustle”. After a successful first event, the second one will be on November 23rd and focussed on how you can make your hobby a business using Kickstarter. Can you tell us a little bit more about what people can expect and maybe give us a sneak peek at one of the creators that will be there?

Yes! I am so excited about that series!

As you know, I’ve written two guides for freelancers and the main thing I’ve learned talking to so many incredible people is that their not-so-secret secret is doing something that I call forward motion.

Forward motion means that you start working on something you eventually want to be recognised (and eventually hired) for. By sharing your work process with others, you will eventually attract people who will refer you to projects that are interesting to you.

Given that I see Kickstarter as a place to share your work in progress, it’s a perfect tool to help you pursue a creative career. At the event on the 23rd, we’ll have Alejandro Masferrer, Julia Müller, and Christoph Paul speak about their projects and their creative careers (click on name to see their projects). If you would like to join, please sign up here.

And finally one last question: Why and how do Kickstarter projects fail?

We don’t ever say projects fail. If a project isn’t successful, you’ve still learned a ton and can relaunch based on your learnings. There are a few things I’ve observed that make it hard for creators to run successful projects. I believe the better you know who you are making your project for — and the better you are at communicating why your project should matter to them — the easier it will be to get your project funded. Something else I see a lot is that ambitious projects are sometimes much bigger than what’s possible to fund through your extended circle of friends and fans.

What I usually recommend people to do is to take the project goal and divide the number by the reward one thinks will attract most backers. That way you’ll be able to identify how many backers you might need to fund your project. About 85 backers is realistic to most of us who use social media in our lives, so if it seems might need significantly more backers than that, it might be time to do a few night shifts and start using spreadsheets where you write down where you could find additional backers to help fund your project. 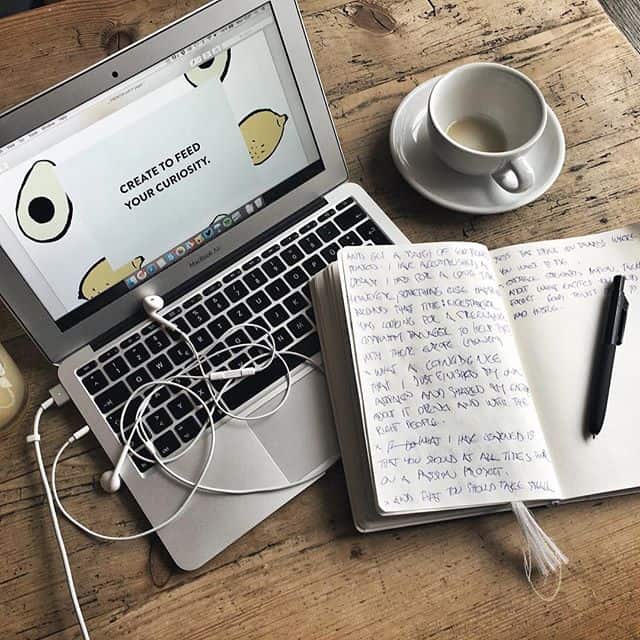 Think about what newspapers and blogs your potential backers read, what meetups and events they go to. Map out what Facebook groups you will approach once your project is live or at which local events you could give a talk to tell people about your project in real life. Run through your personal contacts and write down who might be interested in your project, or at least who might know someone who would be, and continue working on your spreadsheets until you have the feeling you actually know where you’ll find your backers.

One last thing that can hinder success is a lack of good updates. Most people sit in front of their computers every day, and it might be easy for you to capture their attention if you show them your actual process. Think hard about what you’d tell your best friend about your project to make them excited, then prepare updates that capture that spirit. Don’t just post on social media that you’re doing a Kickstarter project and that people should fund you. Instead, share your process and invite people to participate in your project. People don’t like to be sold to. They like hearing stories. Use that knowledge to your advantage.

Thank you for the interview Monika!

Monika Kanokova is a freelance community strategist and the author of This Year Will Be Different: The Insightful Guide to Becoming a Freelancer and My Creative (Side) Business: The Insightful Guide to Turning your Side Projects into a Full-Time Creative Business. Her heart belongs to good design and delicious filter coffee. If yours does too, follow her discoveries on @kathmo or visit http://mkanokova.com to learn more about her approach to community and product strategy. 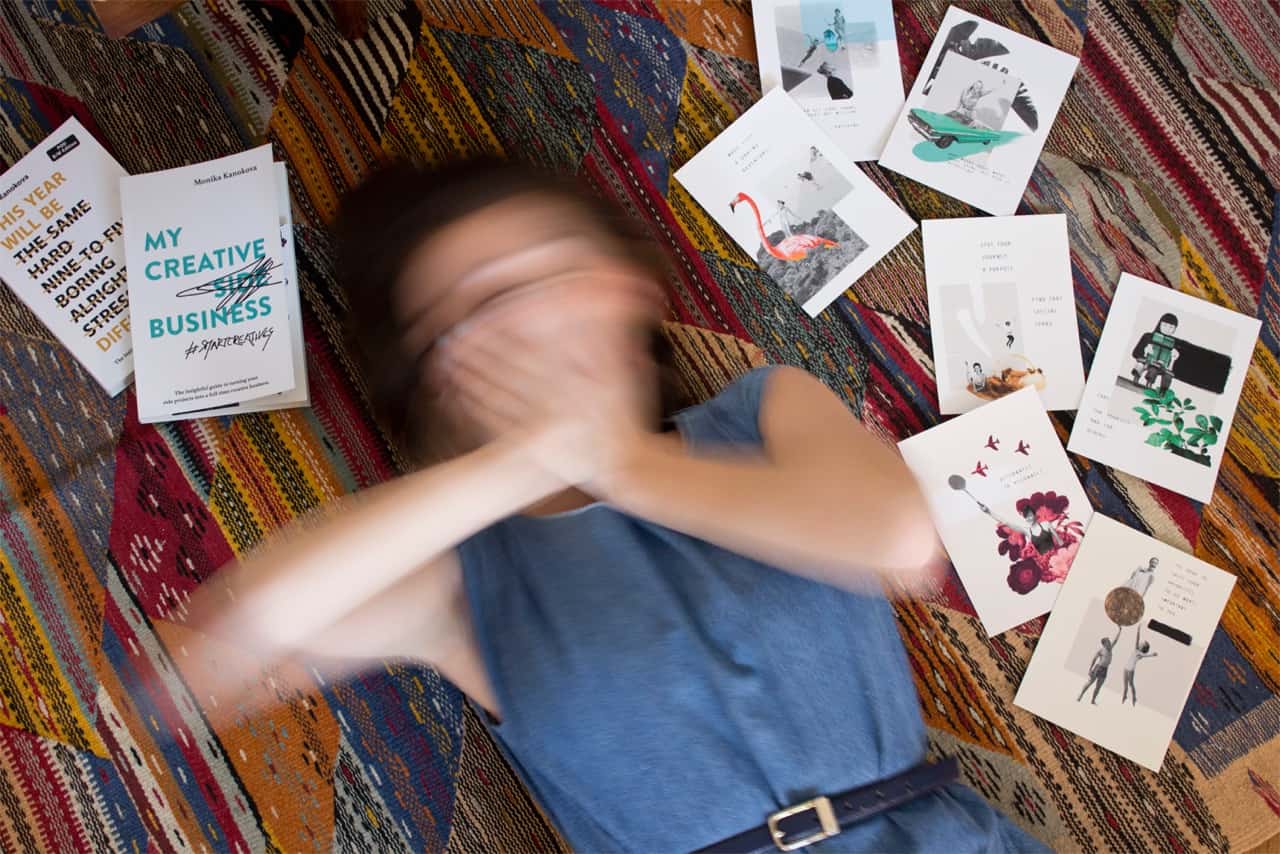 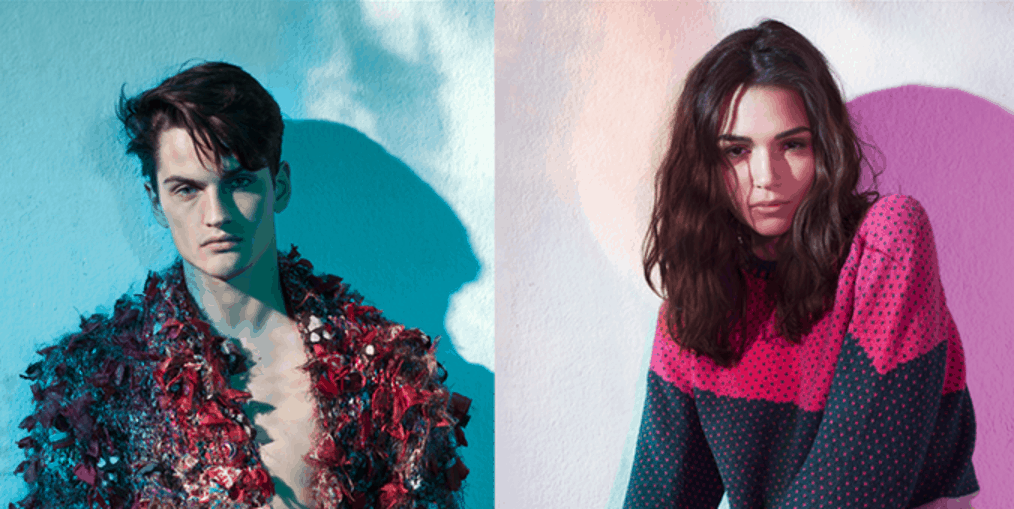 How Four Female Entrepreneurs Started Their Creative Businesses in Berlin